This chapter examines the ways in which the growth of the human sciences was intertwined with women and museums. It shows how both archaeology and anthropology were particularly attractive to women, and were opened up by women’s increasing access to higher education. Even beyond university-educated women, though, women as fundraisers determined the flow of Egyptology in particular into British museums. However, it draws attention to the ways in which a gendered division of labour was increasingly entrenched in these disciplines, and shows that women, whether single or married, were often constrained to work in these disciplines in museums, because of the masculinisation of field work.

Modernity and the Gendering of Knowledge 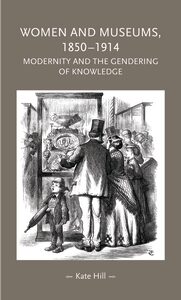