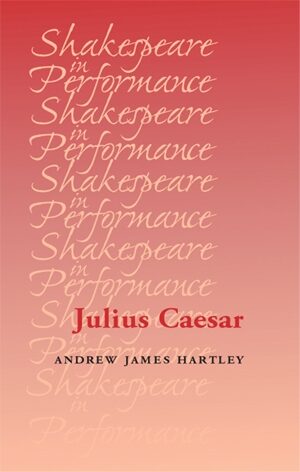 If honour and principle were the watchwords for Caesars of the nineteenth century, and totalitarianism the core of twentieth, the word which ghosts twenty-first-century productions most clearly is 'spin'. This book traces this evolutionary journey, and discusses productions because they somehow speak to ideas about the play which characterise their period of production, or they have significant features in their own right. It first gives an account of productions of the play prior to the Second World War, right from the stagings at the Globe Theatre's in 1599 to William Bridges-Adams's productions till 1934. The 1937 Orson Welles's production of Julius Caesar, staged at New York's Mercury Theatre was decked out with all the trappings and scenic theatricality of contemporary European Fascism. Shakespeare's play becomes a forum for a consideration of an ethics of American identity with John Houseman's 1953 film. The book discusses three modernist productions of Lindsay Anderson, John Barton and Trevor Nunn, and the new versions of the play for the British TV. The productions under Thatcher's Britain are also focused as well as the unknown accents, especially the Indian and African ones. The productions of Italy, Austria and Germany productions have eschewed direct political association with past or present regimes. The book also presents a detailed study of two productions by a single company, Georgia Shakespeare. In the new millennium, the play's back-and-forth exchange between its long past and the shrill and vibrant insistence of its present, have taken centre stage.