Shakespearean dramaturgy highlights apprehending a wondrous other: intense epiphanic encounters are fulcrums of passional cycles. Each play forms a chiastic symmetry, beginning with a two-act cycle (act 2 reversing/completing act 1) and ending with a two-act cycle (act 5 reversing/completing act 4); between them an intense one-act cycle (with no known source). These encounters recall biblical epiphanies: nativity, baptism, transfiguration, resurrection, crucifixion. Meaningful epiphany evolves gradually: in early plays it is sensational farce or horror; in mature plays the epiphanies systematically illuminate the soul’s powers. Macbeth’s chiastic sequence neatly divides into three murders – progressively blinding anti-epiphanies: killing a king centers the opening two-act cycle, killing a best friend centers act 3, killing a mother and children centers the final two-act cycle. The three murders suggest a Freudian ‘repetition compulsion’, but the regicide is not just Oedipal, nor the only important slaying. The murders are psychically conjoined, diminishing the Macbeths by travestying each psychic cathexis – sublimation, projection, introjection – annihilating all bonding. King Lear’s complementary sequence of three shamings again forms a chiastic 2-1-2 cycle of acts, but Lear’s strippings paradoxically bring psychic recovery through his epiphanal encounters with Goneril, Poor Tom, and Cordelia at the center of each cycle. 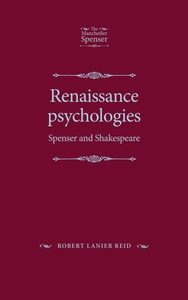