This book examines the role of political likenesses in a half-century that was crucial for the political modernisation of Britain, a two-party system that began to take shape and politicians became increasingly accountable and responsive to public opinion. Political language, especially electoral rhetoric, has been accorded considerable weight by recent studies in building broad coalitions of political support in popular and electoral politics. The book studies political likenesses, the key mode of visual politics at this time, as part of a nuanced analysis of contemporary political culture and the nature of the representative system. It examines a diverse range of material including woven silk portraiture, oil paintings, numismatics and medals, banners, ceramics, statuary and memorials as well as items printed on paper or card. After an analysis of the visual culture spawned by the reform bills of 1831-1832, the book shows how Conservative and Liberal/Reformer identities were visualised through semi-official series of portrait prints. The pictorial press, photographs and portrait testimonials, statues and memorials, MPs were venerated as independent representatives and champions of particular localities, trades, interests or issues, and not party hacks. Depictions of Lord Palmerston and his rivals, including Lord John Russell and Lord Derby, in the 1850s and 1860s often underplayed in pictorial representations to emphasise physical and political vigour. The role of political portraits and cartoons in the decade after the passing of the 1867 Representation of the People Act is also discussed.

‘In illuminating a path through the visual politics of this period, the book offers a useful bridge between art-historical and historical studies on this period. It is to be warmly welcomed and recommended.'
The Journal of the historical association
Richard A. Gaunt, University of Nottingham

‘Miller has produced a scholarly, readable and accomplished book which effectively maps out virtually the whole terrain of political imagery from out-of doors radical and constituency politics, to the houses of parliament and Number 10. It will be widely read by all students of Victorian culture, political or otherwise, and doubtless remain the standard work on the subject for some time to come.'
Simon Morgan, Leeds Beckett University
The Parliamentary History
2017 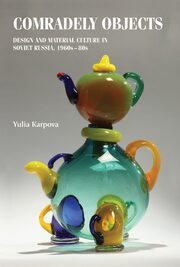