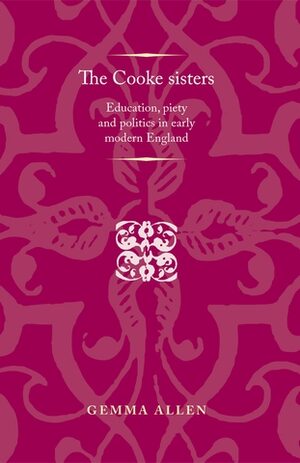 In mid-sixteenth-century England, many figures celebrated the achievements of the nation's few female humanists. This book is a study of five remarkable sixteenth-century women. It contextualizes the evidence of the sisters' reading, evaluates it against the prescription for both their male and female contemporaries, and discusses the role of the sisters themselves in directing their reading. Drawing particularly on the sisters' own writings, it demonstrates that the sisters' education extended far beyond that normally allowed for sixteenth-century women. The book challenges the view that women in this period were excluded from using their formal education to practical effect. The evidence of the Cooke sisters' political activities contributes to scholarship on later Tudor political culture. The Cooke sisters' classical learning allowed them opportunities with the written word, particularly in their activities as translators and poets. The book argues that the sisters were able to turn to their humanist education to provide them with strategies for bolstering their advice, particularly over issues of politics and religion, the most contentious areas for female counsel. It looks at the political agency demonstrated in Cooke sisters' correspondence by letters, demonstrating female detailed understanding of and contribution to issues central to Elizabethan politics. The contribution of the Cooke sisters provides another perspective on the key issues of Elizabethan diplomacy, the Queen's marriage and the political divisions of the 1590s. The book also offers a warning against the methodology of past research on the stereotype of the learned woman.