Chapter 6 examines party policy and rhetoric on social, sexual and moral issues between 1997 and 2010. It focuses on the Conservative approach to gay rights (notably the disputes over Section 28 and adoption rights for gay couples), and family policy (particularly with regard to attitudes towards marriage). The Conservatives were forced to consider their positions on these issues in response to the New Labour government’s moves to equalise the age of consent, abolish Section 28, introduce civil partnerships, scrap the married couples tax allowance and introduce a system of tax credits not dependent on marriage. These debates are linked to the wider question of party modernisation, and the division between modernisers and traditionalists. The chapter suggests that the most significant division in the Conservative Party in this period was along the social, sexual, and moral policy divide, and that this posed a significant challenge to David Cameron. 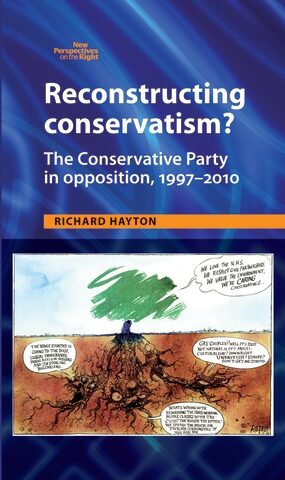 This chapter discusses how the risk-based approach to the usually fatal tree disease ash dieback (caused by the fungal pathogen Hymenoscyphus fraxineus) adopted by the British Government in 2012 transformed a highly contentious socio-economic and political problem of monstrous and messy proportions into a neatly defined techno-scientific challenge. Ash dieback pushed plant health biosecurity up on the Government’s agenda for a time and raised public awareness of the devastating impact of plant disease epidemics, but many of the ‘monsters’ perpetuating these epidemics – including global trade – remain lurking in the dark. The chapter looks at the reasons for this considering both the role and purpose of opening-up plant pathology to scientists and concerned citizens nationally and internationally and the Government’s Tree Health and Plant Biosecurity Expert Taskforce in the context of framing plant disease epidemics as a biosecurity threat. This framing and the risk-based approach underpinning it, the chapter argues, largely explain why the response to ash dieback constitutes a form of post-political, consensual policy-making in which experts play a key role in narrowing down matters of public concern rather than prying them open to public- and political scrutiny and debate.

A social representation of scientific expertise

In 2006, Al Gore's climate change documentary ‘An Inconvenient Truth’ was released, garnering substantial public attention. The film was used as part of a climate science education campaign with a view to building support for climate policies, a perspective that conveniently viewed a global public as suffering from an information deficit. In this chapter we discuss the film as an example of taking climate change expertise out of the pages of science journals and into the public sphere. While the purpose of the documentary was to persuade its audience of the consensual truth imparted by climate science experts, its effect was to become a lightning rod for dissent, critique and debate of that expertise. Overall, the film created a dominant representation of climate change, based on scientific expertise that became a touchstone for consent and dissent, action and reaction. If future engagement on climate change is to improve on the experience of 'An Inconvenient Truth', those taking part must be open to engaging with publics that might be regarded as inconvenient just as much as with invited and convenient ones. This conclusion supports John Dewey’s seminal argument that expert knowledge should be integrated in society.

‘Science Matters’ and the public interest

The role of minority engagement