In his 1990 survey of literature on the Northern Ireland conflict, John Whyte suggested that, in proportion to its size, the region represented 'the most heavily researched area on earth'. He estimated that some 7,000 books and articles might have been written on the Northern Ireland conflict. The essentialist conception of the Northern Ireland 'problem' which has predominated within the British State dovetails neatly with the argument of those who would offer consociationalism as the appropriate political 'solution'. Moreover, essentialism lends itself to an excessive readiness to hand over power to the very ethnopolitical entrepreneurs, taken to be merely the passive representatives of ethnic 'communities', whose protagonism has driven the conflict itself. Ethnic protagonism in the name of identity came to be articulated in terms of the 'politics of recognition'. 'Nationalist politics' is indeed incurious at best about working 'across communities'.

The Northern Ireland experience of conflict and agreement

A model for export? 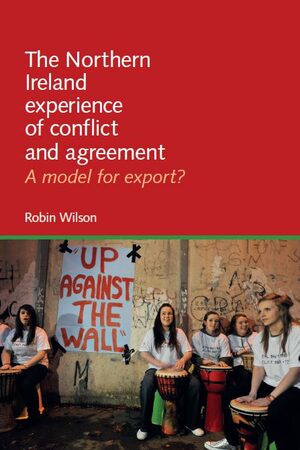