Jump to Content Jump to Main Navigation
Homer B. Pettey
Z (1969) and nationalism
in The films of Costa-Gavras

With Z (1969), Costa-Gavras created a nationalist response to the decade-long political abuses in Greece. Thematically, Z concerns conflicting tenets about left-wing and right-wing nationalism and their struggles for political dominance in Greece during the 1960s. The film also alludes to nationalistic upheavals and assassinations occurring in the contemporary Cold War world of the 1960s. Z, an adaptation of Vassilis Vassilikos’s 1966 novel, recounts the political assassination of leftist activist Deputy Grigoris Lambrakis after giving an anti-American, anti-nuclear speech in Saloniki (Thessaloniki) on 22 May 1963. In 1967, two years before the filming of Z, a far-right military junta, the Colonels’ Coup, took over the reins of government and imposed draconian restrictions on the press and individual liberties in Greece. The epilogue to Z presents some of the more absurd restrictions of the junta, and that epilogue serves as a coda to the Lambrakis assassination. In addition to recasting the political tale of Lambrakis’s political murder, its subsequent intense investigation, and the Colonels’ coup d’état, Costa-Gavras’s Z recounts the rise of nationalism and, ironically, feels the effects of industry nationalism associated with the film’s production and distribution. In that sense, Z itself became caught up in the ever-present intrigue of conflicting nationalist ideology and practices.

The films of Costa-Gavras 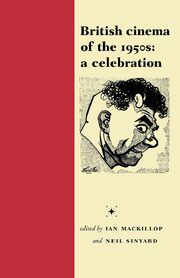