In a body of work marked by the meticulous exegesis, scrupulous critique and creative development of the classical Marxist tradition, Norman Geras established himself as the twentieth-century Marxist theoretician we need most in the twenty-first century. 'The principle of self-emancipation', wrote Geras in 1971, 'is central, not incidental, to historical materialism.' Armed with that insight, he proceeded to excavate from the Marxist tradition some precious theoretical resources to serve a democratic and self-emancipatory socialism, resources that had been buried by Stalinism and scorned by social democratic reformism. In some of his essays, he moved from highlighting the huge strengths of both thinkers to alerting us to the lacunae and errors in their thought that inadvertently offered points of support to authoritarianism. Later, and in relative solitude, Geras did much to work out the shape of articles of conciliation between Marxism and liberalism. 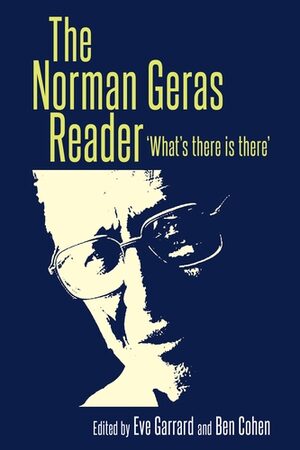