Jump to Content Jump to Main Navigation
Peter M. Boenisch
The intermedial parallax
On Regie, media and spectating
in Directing scenes and senses

The Regie of Guy Cassiers and Ivo van Hove stands exemplarily for contemporary negotiations with digital technology and audio-visual media machinery that puts these means in the service of the dialectic force that is (artistic) mediation. The 'multisensual', media- and image-based Regie of Guy Cassiers achieves a similar parallax effect through different means. First and foremost, it emphasises the semiotic, symbolic and imaginary exchange between stage and spectators. Cassiers's Regie completed a transition which can be described, in Hegelian terms, as a step from 'conscious reflexivity' to 'self-consciousness'. Scenes from a Marriage, which van Hove described as a favourite among his own works and which, partly with a new cast, has remained in the company's repertoire for a decade, reveals a characteristic aspect of his Regie. Van Hove's productions make audiences aware of their involvement in the play, of their own theatral negotiations and their acts of spectating.

The thinking of Regie 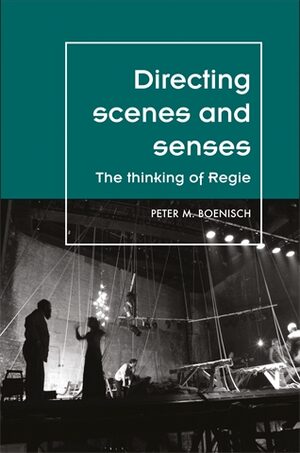 Reading practices and participation in digital and medieval media

The introduction lays the groundwork for Participatory reading by examining how participation and interaction are understood today in digital media, then assessing how reading practices involve acts of participation, creating the basis for assessing participatory reading in late medieval England. In addition, this chapter scrutinizes the benefits of developing a study tracing affinities between the medieval and the digital.

This chapter begins with an exploration of an overlook aspect of the widespread medieval humility topos, used by Chaucer, Lydgate, and other late medieval writers. Far from simply expressing humility, the topos is often also used to invite readers to correct the text, thus laying the groundwork for a discourse of participatory reading in late medieval England. This chapter argues that emendation invitations represent an act of participatory reading demonstrating affinities with today’s crowd-sourced editing practices, and shows how Chaucer, Lydgate, Thomas Norton and William Caxton, alongside other writers, turned to the emendation invitation in ways that sheds light on how they anticipated and attempted to control their readers and their readers’ participatory reading practices.

The Orcherd of Syon, Titus and Vespasian, and Lydgate’s Siege of Thebes

This chapter compares how the invitation to read nonlinearly, familiar in hypertext media today and made explicit in The Orcherd of Syon, is used to elicit and to represent reading practices across late medieval English secular as well as devotional literary works that also include Titus and Vespasian and John Lydgate’s Siege of Thebes, in explicit, implied, and hybridized ways. In addition, the discourse evoked by invitations to read nonlinearly illuminates how medieval writers conceived of their readers as agentive participants in the work of textual interpretation. Finally, nonlinear reading gives rise to concepts traced across subsequent chapters, relying as it does upon a discourse of mobility, space, and temporality.

John Lydgate’s ‘Soteltes for the coronation banquet of Henry VI’

Mobility, alongside aural, textual, gestural, and performative meaning, becomes the focus of this chapter’s examination of John Lydgate’s “Sotelties for the Coronation Banquet of Henry VI.” Subtleties were presented at the 1429 Coronation banquet accompanied by verses composed by John Lydgate, which were performed as they were moved through the Great Hall at Westminster. This chapter argues that reading can be understood as an act that requires not simply participation through the apprehension of a textual message either visually or aurally—the most basic understanding of medieval literacy—but as an act that requires familiarity with other, material modes of meaning-making, all deliberately drawn on to invite and shape readers’ relations to the text. Drawing on understandings of forensic and formal materiality developed to evaluate digital works, this chapter intervenes in assessments of medieval materiality to offer a fresh framework for its analysis.

This chapter examines how texts painted onto walls in the Percy family’s principal estates of Leconfield and Wressel, preserved in the British Library manuscript Royal 18 D.ii, and in the mural of the danse macabre installed in a cloister at medieval St. Paul’s Cathedral in London invite consideration of the relationship between architecture, text, and image within and without the manuscript space. By turning to digital media theorists focusing on space, particularly those addressing architecture and embodied space, this chapter argues that the wall texts in their architectural frames elicit participation from readers whose bodies become the framers of knowledge as they move through and read the different estate spaces provided with wall texts.