This essay examines the Irish Franciscan mission to the Highlands and Islands from a number of perspectives, ranging from power struggles between Irish and Scottish Catholic exiles on the continent to the organisational problems that affected the Catholic Church in the Gaelic-speaking Hebrides and Highlands. While the Irish mission was successful in re-establishing pockets of Catholicism, it was hampered by a range of tensions between Scottish and Irish clergy competing for papal patronage abroad, the mission’s low standing in the increasingly global priorities of the Roman Curia, and, locally, the factionalism of Gaelic western Scotland in the first half of the seventeenth century. Moreover, there was an eight-year lapse between the Scots’ petition for help in 1611 and the initial despatch of Irish friars to Scotland in 1619, the Ulster Plantation helped spread Scottish and English Protestantism into Ulster, and other Scottish Catholic exiles in Europe objected to Irish ‘foreign’ meddling in Scotland. Mounting animosity between Irish and Scottish clergy on the continent proved especially damaging, and discouraged high-level church patronage. Consequently, the momentum of the early 1620s slowed by 1630, and struggled to recover. It was mainly due to the local noble support of the MacDonnells that it survived.

The Scots in early Stuart Ireland

Union and separation in two kingdoms 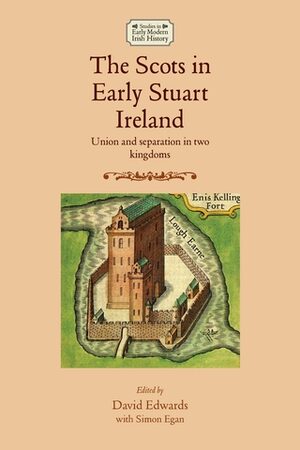