The conclusion reviews Cameron’s efforts to promote her photographs as ‘works of fine art’, but also in the context of making photographic allegories that were political in nature, and which focused on themes and debates of national identity and empire. As a way of returning full circle to issues of allegorical representation and specific works of art presented in the Introduction, the Conclusion examines Cameron’s representations of the biblical Parable of the Ten Virgins from Matthew, explaining why the photographer made a new photograph of the Parable some ten years after first representing the story, establishing her commitment to photographic allegory as a way to embed moral and political ideas in her imagery. 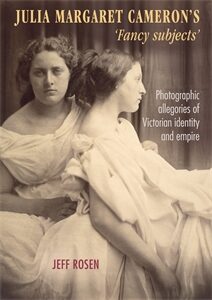