Chapter Five investigates cases of infanticide and infant murder. The 1922 Infanticide Act had abolished the death penalty for a woman who killed her infant while the balance of her mind was disturbed, making infanticide a crime of manslaughter. In London between 1933 and 1953, twenty-three mothers killed themselves and their infants and fifty-nine cases of infanticide were prosecuted, with most bodies discovered in servants’ rooms or bedrooms, hidden in closets, suitcases or under beds. The sixty-three infant bodies discovered in more public places, such as parks, the river, train stations, and alleyways proved more difficult to trace. Unlike suspicious deaths committed by strangers or as a result of illegal abortions, which increased during the Second World War London, the numbers of infanticides in London declined during the war, perhaps as a result of wartime family separation. The details of those accused of infanticide in the Register of Deaths by Violence shifts our understanding of infanticide as a crime primarily committed by desperate single women acting alone, to one also perpetrated by women in relationships often acting with help from others. 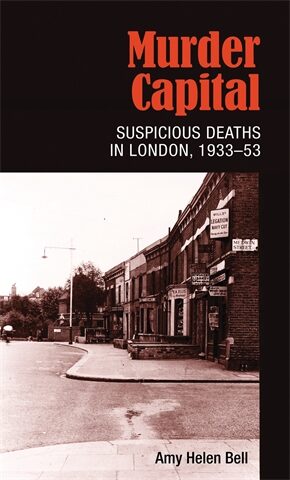