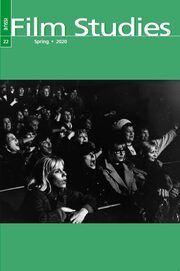 Tracing the Routes to Empathy

Characterization as Social Cognition in Welcome to the Dollhouse

Ways of Being Close to Characters

Film viewers responses to characters are of a great variety; global notions of ‘identification’, ‘empathy’, or ‘parasocial interaction’ are too reductive to capture their rich nuances. This paper contributes to current theoretical accounts by clarifying the intuitive notion of ‘being close’ to characters, drawing on social and cognitive psychology. Several kinds of closeness are distinguished: spatiotemporal proximity, understanding and perspective-taking, familiarity and similarity, PSI, and affective closeness. These ways of being close to characters interact in probabilistic ways, forming a system. Understanding its patterns might help us to more precisely analyze the varieties of character engagement, which is demonstrated by an analysis of David Fincher‘s Fight Club (1999).

Disgusted at the Movies