Though criticism of the Gothic has recently been charged with reproducing its object of study, the tendency to Gothicize the Gothic can be traced at least as far back as the late eighteenth century. One remarkable example of this trend is the critical fortune of Matthew Gregory Lewis. Through the figure of ‘Monk’ Lewis, he was identified not only as creator of his novel but with his villain, Monk Ambrosio. This conflation in turn yields insight into the other well-known fact of his reception, the vociferous, if not entirely universal, condemnation of The Monk. Lewis‘s novel more than simply provided reviewers with a source of outrage; it appears to have subjected them to their worst fear for Gothic readers, textual influence, dictating the narrative of their own responses. Moreover, by reproducing the novels characters and plot, contemporary reviews map out ways in which The Monk supplied a Gothic tale that would prove ultimately inescapable in two centuries of Lewis‘s reception history. 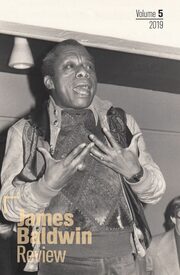 A Review of Hilton Als’ God Made My Face: A Collective Portrait of James Baldwin

A Session at the 2019 Modern Language Association Convention