This introduction presents an overview of key concepts discussed in the subsequent chapters of this book. The book introduces students to some of the main interpretations, pointing out their various strengths and weaknesses. Older texts on political concepts are sought to offer neutral definitions that should be accepted by everyone, regardless of their political commitments and values. The book considers the theoretical presuppositions of policies that are guided by a particular understanding of a concept. It compares how different conceptual underpinnings might generate different policy recommendations. The book includes a broad range of the main concepts employed in contemporary debates among both political theorists and ordinary citizens. It looks beyond the state to the issues of global concern and relations between states. The book describes the principal concepts employed to justify any policy or institution. 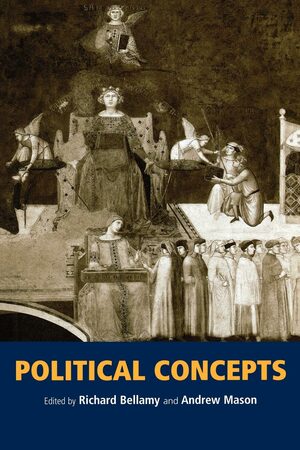 This part introduces the key themes and some of the main interpretations of what the Third Way is and the routes down which it may be going. Third way approaches to economic and social policy have become part of the political agenda of many countries, whoever is in power. Despite many opportunities to damage the Third Way New Labour Government, the opposition Conservative Party failed to make anything but the most marginal inroads into Labour's huge parliamentary majority. The Third Way offers an antidote to the individualist values of the New Right.

This chapter focuses on three fundamental political issues, including 'politics', 'power' and 'justice', which appear in almost all political discussions and conflicts. It also looks at some of the new issues involved in politics that might be of significance in the future: politicised religion, disabled rights, gay rights and animal rights. Next, the chapter looks at some major political thinkers and their ideas about power. It then discusses how ideological change occurs and focuses on the importance of rationality in politics. Following this, the chapter presents some key concepts discussed in this book. The book discusses some key concepts involved in political theory and debate, such as the state, the nation, liberty, equality, democracy, rights, which form the underpinning for the political ideologies and movements. It examines what is meant by ideology, what forms it takes, how it is transmitted and its impact in both international and domestic British politics.

This introductory chapter sets out the purpose of the book, which is to re-open a dialogue with the classics. It attempts not only to see the masters in context—as has become popular among modern thinkers—but rather to seek inspiration from the great minds to deal with contemporary political problems. Rousseau—and indeed any other classic—is politically relevant only if he reveals timeless insights. If a classic cannot inspire he is nothing, and is better confined to the dustbin of failed political doctrines. This book is based on the premise that Rousseau speaks through the ages. It seeks to show that Rousseau, while he may not have the answers to contemporary problems, at the very least provides new angles and perspectives on the debate.

This study takes the Middle East to be constituted around an Arab core, with a shared identity but fragmented into multiple territorial states; the core is flanked by a periphery of non-Arab states—Turkey, Iran and Israel—which are an intimate part of the region's conflicts and an integral part of its balance of power. This chapter argues that the Middle East is the epicentre of world crisis, chronically war-prone and the site of the world's most protracted conflicts. It also argues that that the roots of conflict and much state behaviour are found in the peculiar historical construction of the regional system.

The idea of the just war is in danger of becoming one of the political clichés of the new century. From an object of neglect and indifference, just war has been transformed into the dominant image of war, in the post-cold war age. Realism is no solution to the problem of the restraint of war. The solution lies not in a rejection of the very idea of just war, but in a conception of just war that recognises its threat as well as its promise. The real choice is between two radically different concepts of just war, with opposing logical structures and divergent effects. The complex structure of just war theory embodies its 'negative' or restraining role. Ostensibly, the mechanisms of restraint in just war theory are the various principles or criteria that the theory articulates and upholds.

Justifications of the EU's foreign policy have two addressees: the first is internal to the EU and consists of the member states and their citizens; the second is external and consists of non-member states and their citizens. This chapter focuses on the EU's attempts to validate its foreign policy externally. It considers the EU's policy on enlargement as foreign policy. The chapter presents analytically distinct approaches for examining the basis of legitimacy for foreign policy in general. There are three analytically distinct ways in which a foreign policy can achieve legitimacy. They are grounded in different logics of action or justification for an individual actor: a logic of consequences, a logic of appropriateness and a logic of moral justification. The chapter analyses how the EU has actually applied membership conditionality and how it has justified its actions.

This chapter considers a different conceptualisation of reality and representation in relation to the Kosovo conflict. It looks at Ferdinand de Saussure's arguments in order to offer some thoughts on the role of naming in relation to the Kosovo conflict. Using Jacques Derrida's thought, the chapter argues that the existence of a reality, which constrains the author's actions, is itself a representation, which has political implications. The chapter explores how North Atlantic Treaty Organisation's (NATO's) Kosovo operation. It also explores the Federal Republic of Germany's (FRG's) participation were represented as demanded by reality and, building on Derrida's arguments, highlights the problematic nature of these statements. Grasping the conflict as an ethico-political matter requires, or so the chapter examines a rethinking of the limits which we hold to be those of reality. The chapter assesses how the representation of the situation in Kosovo.

Kosovo is the first war in history said to be fought in pursuit of principle, not interest. In the new normative paradigm of Idealpolitik, sovereignty is no longer an ontological given, no longer inviolate. There was no contradiction between Idealpolitik and Realpolitik in Kosovo, as they were both manifestations of the same historical force, the same discourse of power. One of the great paradoxes of the war in Kosovo was that it was not just one campaign but two. There was the ethnic cleansing campaign in Kosovo and the allied bombing campaign against targets in Kosovo and all over Serbia. The war in Kosovo can be seen as the playing out of the competition between the two most publicised essays on international affairs, Francis Fukuyama's End of History and Samuel Huntington's Clash of Civilizations. The prize in the contest was Russia.