Clear All
Download Citations
Page:12345678910111213 ...
The past, present, and future of Norman rule in Apulia
Abstract only
Roger II’s silver ducalis
Sarah Davis-Secord

The Norman rulers of Sicily and southern Italy are famed for their strategic uses of cultural elements borrowed from their Greek Christian and Arabic Muslim populations, as well as those consciously imported from North African societies in both Ifrīqiya and Fatimid Egypt. However, the Normans were not content simply to fit themselves into pre-existing patterns or to borrow local imagery and leave it at that. While they adopted and adapted local and regional elements of economy, visual culture, ceremony and court culture, they did so with an eye to demonstrating their authority by using the shared Mediterranean vocabulary in ways that demonstrated their specific claims to power.
This chapter discusses one way in which Roger’s coinage reforms of 1140 did both of these things at once: adapting regional visual imagery and coinage styles while making specific claims to historical power in the Mediterranean generally and Apulia in particular. It focuses on Roger’s silver coin, the ducalis (ducat), which was a short-lived and unpopular denomination minted for Apulia. Despite its poor reception among Apulians, the coinage is important because it signalled both Roger’s claims to a long past for Norman power in the region and his plans for succession in Apulia by his son, Duke Roger. 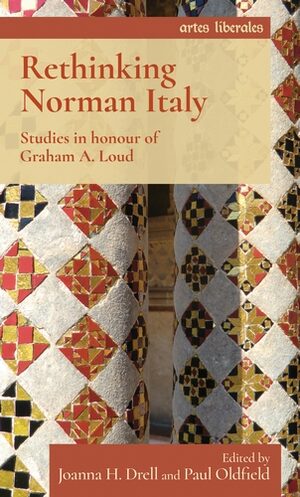 Associate curator of photographs at the Smithsonian’s National Portrait Gallery, Leslie Ureña describes the interdisciplinary manner with which she approaches the theme of migration in the collection. Although the collection focuses on the United States, any resident who has effectively contributed to the history of the Unites States can be represented. She also reflects on the racial discourses that are often represented in photography and warns that the context of production must be informed to understand a photograph. Lewis Hine’s positionality can, for example, be better understood in the context of 1914 migration to the United States. She explains that experiences of migration are singular, individual, personal, and intimate, and that photography only give us access to outside points of view.

A politics of pluralism
Abstract only
Mark Olssen

Chapter 7 sets out Foucault’s commitment to pluralism as the basis of his democratic approach to politics. The chapter starts by considering Foucault’s conception of power in comparison to Montesquieu’s conception of the ‘separation of powers’ as represented through the lens of the jurist Charles Eisenmann, as well as Louis Althusser’s writings on Montesquieu. It is argued that Montesquieu’s conception, if correctly interpreted, is in important senses homologous to Foucault’s. The chapter reinforces the homology between Foucault and Montesquieu by considering Foucault’s views on Adam Ferguson, in his final lecture in The Birth of Biopolitics (2008). The rest of the chapter utilizes Foucault’s interviews to further focus on how power relates to supporting democracy, ethics, morality, rights, democratic participation, and public engagement, while avoiding fundamentalism.

Curator of the Prints and Drawings Department at the Smithsonian’s National Portrait Gallery, Robyn Asleson grounds her interview on the exhibition Portraits of the World: Switzerland. She reflects on the very definition of national art and thus shows how politically constructed borders are defied by art and artists, who are mobile beings par excellence. She also challenges the traditional definition of the ‘national’ by explaining that the National Portrait Gallery considers to be American anyone who has lived long enough in the United States to contribute to the society and culture. This cultural definition clearly contradicts nation-centric institutional definitions of community belonging. She also informs us on the logistics and technology to locate the origins and mobility or artworks and artists.

This chapter examines how participatory arts projects with refugees and asylum seekers in the United Kingdom reflect upon the everyday practices and embodied experiences associated with deportability. The first part of the chapter examines participatory arts projects with female asylum seekers, together with the ways in which their artworks critically engage with concepts of deportability and temporality. The second part discusses the Bristol Disability Murals painted by a group of disabled asylum seekers, an art project that illustrates the disabling and debilitating effects of political asylum policies on the mental health of refugees. The final part of the chapter considers the political implications of narratives of temporality in participatory arts projects with refugees and asylum seekers in terms of critical theories of citizenship and human rights. It concludes by addressing possibilities for conceptualising immigrant agency emerging from spaces of deportability and considers how asylum seekers’ reappropriations of temporality through art can facilitate refugee healing and resistance.

A publication of one’s own
Abstract only
Identity and community among migrant Latin American artists in New York c. 1970
Aimé Iglesias Lukin

In the effervescent and politically active cultural scene of late 1960s’ and early 1970s’ New York, a series of artists of Latin American origin created artworks that can only be understood as responding to their dual cultural origin encompassing both North and South. While actively participating in major neo-avant garde circles such as minimalism and conceptualism, these artists also forged a redefinition of Latin American art by challenging the folklorist and traditionalist understandings enforced by most US cultural institutions as well as the art market. This chapter focuses on two publications created by artists collectives: Contrabienal (1971) and Cha Cha Cha (1974). By uncovering these artists’ networks and communities, these publications demonstrate these artists’ efforts to gain a voice of their own and are proof of a much more rich, diverse, and cosmopolitan New York art scene than the one depicted in most existing historiographies.

This chapter reflects on the role of art and artists in reimagining the world in the twenty-first century, challenging the deeply embedded divisions and hierarchies that categorise and de-value persons. These divisions and hierarchies occur most potently through racialisation manifest, for example, in the experience of migrants as ‘border crossers’. The chapter examines the persistence of colonial imagination in the contemporary nation-state, often expressed in racism embedded as processes of systematised devaluation of some humans. Racialisation takes many forms, but here the focus is on migrants and on Indigenous people as represented in archives as artefacts that link the present to the past. These archives are drawn on by artists in reworking past injustice. In considering historically embedded racialisation the chapter asks, what role do art and visual culture have, in telling and retelling histories, particularly histories of silenced, forgotten, or invisible populations?

Many contemporary violent conflicts involve armed non-state actors (ANSAs) as conflict parties. Governments are often hesitant to enter informal talks and negotiations with ANSAs, and yet in many violent conflicts such ‘talks’ are initiated at some point. Engaging with ANSAs is considered risky. Talking and negotiating usually imply gradual steps of recognising and legitimising the counterpart. In successful cases, ANSAs can be transformed into non-violent political parties and their legitimate goals eventually become incorporated into state policy. But recognition can also backfire by creating counterproductive precedents and new modes of exclusion in politics. In unsuccessful cases, armed non-state actors might escalate the violent struggle. At the same time, mis-recognition, which individuals or collective actors experience as humiliation, disrespect or false representations of their identity, can be seen as a major cause of political resistance and escalation.
By conceptualising the (mis-/non-)recognition of ANSAs, pointing to potential ambivalences and addressing its meaning for conflict transformation, the introductory chapter provides the broader analytical frame and contextualisation for the edited volume. It links the concept of recognition as developed in international political theory to research on ANSAs in peace and conflict studies. What forms of (non-/mis-)recognition of armed non-state actors occur in violent conflicts? Which risks and opportunities arise in processes of conflict transformation when state actors recognise armed non-state actors or, conversely, deny them recognition? The theoretical-conceptual considerations presented here draw on examples from the case studies as discussed in the individual contributions to the volume.