This afterword analyses Dolor y gloria as the culmination of Almodóvar’s career. Cinematic excess is used to foreground the poetic function and memory is presented as dynamic. Mise-en-abyme, self-referentiality, circularity, and fragmentation encourage the formation of multiple memories and open a critique of the creation of these same comforting memories. The film uses autofiction and autobiographical material to explore trauma in relation to the LGBTQ+ experience and as a way to muse on fiction and memory as productive, whether they become restorative or not. Composed of multiple flashbacks, the film encourages retrospective interpretation through its mise-en-abyme. This chapter analyses the film-within-a-film (a recurrent feature in Almodóvar’s cinema) and its relationship to the main narrative and to autobiographical interpretations of Dolor y gloria. It argues that there is no strong autobiographical correspondence between Almodóvar and the main character Salvador. Whereas Salvador may be making autobiographical or autofictional cinema, Dolor y gloria manages to explore these genres whilst affirming the role of cinema as fiction that explores emotional truths which, in departing from factual detail, may achieve a closer portrayal of experience. This is in line with Almodóvar’s frequent use of prosthetic memory and films as memory texts and offers an alternative form for the exploration of situated identity to artists, an alternative that may be particularly important to LGBTQ+ artists whose work is frequently pegged to their identity. 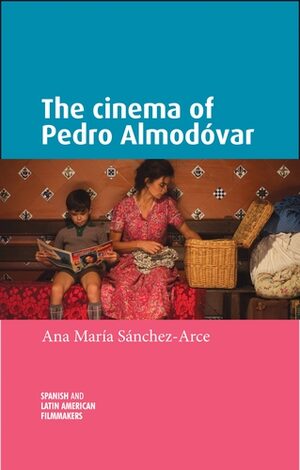 This chapter examines two one-act plays that Alan Bennett wrote about the Cambridge spies, An Englishman Abroad (1983), a teleplay about Guy Burgess’s encounter with the actress, Coral Browne, in Moscow in 1958, and A Question of Attribution (1988), about a period in Anthony Blunt’s life when he was working as the curator of the Royal Art Collection, and, as required by his immunity deal, also serving as an MI5 informer. These plays were performed together in 1988 under the title Single Spies. As with Julian Mitchell, Bennett offers a sympathetic portrait of the Cambridge spies, but whereas Mitchell brought a youthful, appealing Guy Burgess to the stage, Single Spies shows Burgess and Blunt in advanced years, long after their spy games and Cold War utility had faded, leaving them beleaguered by the consequences of their youthful political fervor. This chapter, guided by a motif Bennett uses in A Question of Attribution, reads both Burgess and Blunt in relation to Titian’s Allegory of Prudence, a triple portrait representing what art critic Erwin Panofsky terms “the three forms of time” evident in Titian’s painting: “the present, learns from the past and acts with due regard to the future.” I argue that Bennett’s dramas aim to humanize and individuate Burgess and Blunt and to show that they are complex and conflicted figures in ways that challenge the press’s and public’s rash condemnations of their treachery. 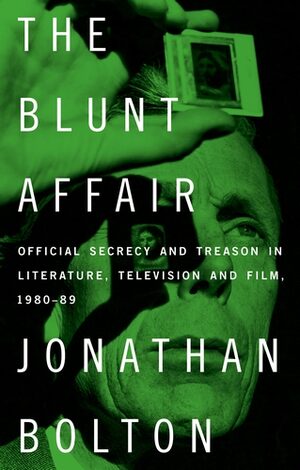 This chapter analyses Los abrazos rotos as a companion piece to Volver and La mala educación. In each film, memory and trauma are addressed through private stories of grief. Los abrazos rotos shows how ignoring trauma leads to the repetition of violence, offering a tentative if imperfect healing method based on the power of cinema and prosthetic memory. It returns to the issues of parental censorship and mother–child relations present in Todo sobre mi madre, Volver, and Julieta. The film’s technical virtuosity and mise-en-abyme form a metamodern structure of feeling as postmodernist techniques and past styles are used with an ethical intent to reach towards new ground ethically, historically, and cinematically. The chapter explores how class, gender, and nationality intersect in the breaking of bodies, lives, and relationships, creating psychological trauma. The film industry is shown to be part of these systems of oppression. At the same time, the film argues for the reparative power of cinema, photography, and storytelling in aiding memory construction and redintegration.

The Blunt Affair: Official secrecy and treason in literature, television and film, 1980–89 examines a number of significant plays, films and novels about or related to the Cambridge spies from the time of Anthony Blunt’s unmasking as the “fourth man” in late 1979 to the end of the Cold War. This study argues that these works collectively offer a forceful response to issues at the forefront of British politics and culture in the decade, such as the rise in anti-gay sentiment and policies during the AIDs crisis, nuclear proliferation and CND’s stand against it, state secrecy and the abuse of the Official Secrets Act, Thatcherism and patriotic imperatives. This study also offers a much-needed reassessment of the literary and filmic culture of the decade, arguing that these texts, by writers as diverse as Dennis Potter, Julian Mitchell, Alan Bennett, Tom Stoppard, John le Carré, Robin Chapman and Hugh Whitemore, deserve a more central place in the cultural assessment of the decade.

As Spain’s narrative of itself has changed through the late 1990s and the twenty-first century due to its engagement with historical memory and an interrogation of the country’s democratic credentials, analyses of Almodóvar’s cinema have changed to accommodate this. This book explores the evolving way in which the cinema of Pedro Almodóvar is employed to read Spain within the country and abroad. It focuses on how Almodóvar’s cinema engages with the narrative of the nation and the country’s twentieth- and twenty-first-century history through a metamodern (rather than postmodern) aesthetic. Whereas Almodóvar’s cinema does not wear politics on its sleeve, this book argues that, through using postmodern techniques with an ethical intent, a foregrounding of cinematic excess, and the poetic function, it nevertheless addresses Spain’s traumatic past and its legacy in relation to gender, class, and the precarious position of the LGBTQ+ community. The political nature of Almodóvar's work has been obscured by his alignment with the allegedly apolitical Spanish cultural movement known as la movida, but his cinema is in fact a form of social critique disguised as frivolity. The book offers a comprehensive film-by-film analysis of the cinema of the Spanish director Pedro Almodóvar, from early transgressive comedies of the 1980s like Pepi, Luci, Bom y otras chicas del montón and Mujeres al borde de un ataque de nervios to award winning dramas like Todo sobre mi madre, Hable con ella, and Dolor y gloria. In doing so, it shows how Almodóvar's films draw on various national cinemas and film genres.

This chapter analyses Pedro Almodóvar’s first adaptation, Carne trémula, inspired by Ruth Rendell’s eponymous novel. Its main focus is on Almodóvar’s representation of Spanish history and in particular his sceptical reading of contemporary events as a more or less peaceful movement from authoritarian rule to democracy. The film’s use of film genres such as thriller and noir is instrumental in its undermining of the narrative of Spain as having left behind the dark decades of the dictatorship. Spain’s optimistic narrative of the late 1990s frees Almodóvar to explore the country’s past. The form of the film contradicts its optimistic narrative. The film’s scrutiny of post-Transition Spain and contemporary Spain points to a more problematic take on historical memory and the widely accepted narrative about Spain’s exemplary Transition from dictatorship to democracy, exploiting thriller and noir to engage in memory work through the use of ellipses, circularity, chiaroscuro, urban settings, claustrophobic framing, unsettling mise-en-scène, and unbalanced compositions. Detective work prompts spectators to scrutinise Spain’s recent past, reconsidering how much of the dictatorship has survived the Transition.

This short conclusion sums up the arguments of the book: that a shift from a theoretical model to a phenomenological model allows for a change in dramaturgical attitudes, and also reveals that the dominance of the semantic paradigm of radio dramaturgy is waning, with resonant dramaturgy becoming more possible, and also more suitable, in the new context of practice. 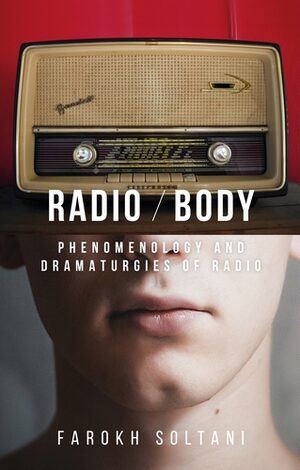 The concluding chapter offers a reconsideration of the literary canon of the 1980s, assessing the political and social concerns of literature about the Cambridge spies in relation to both mainstream and experimental theatre and film in the decade (a time when cuts in arts funding threatened to eliminate avant garde theatre), but also in relation to the generation of postmodern novelists that emerged in the 1980s. This situation created a fruitful context in which to rethink the merits of social realism or “naturalist” drama in an era when magical realism gained ascendancy. Critical estimations of 1980s literature show an inordinate valuation of the new generation of writers emerging in the 1980s, those hyped in Granta’s “best novelists under forty” in 1983. This divergence in literary practice was largely generational. The authors who responded to the Blunt Affair and the late Cold War were typically born in the 1930s. They came of age during the first Cold War and were subject to the National Service Act, which meant a suspension of life, a postponement of university careers, and in some cases marriage and sexual initiation, arguably leading to resentment against this imposition of servitude. They worked in theatre, film and television, and were subject to different commercial demands and aesthetic pressures that ultimately ran counter to the poststructuralist tendencies of the novel. The works related to the Cambridge spies aimed to meet this urgent need to communicate clearly and to use drama as a means of questioning and challenging the prevailing political climate.

This chapter argues that although Los amantes pasajeros and Julieta are formally and generically different, they are still completely within the Almodóvar spectrum. The return to comedy closely followed by drama is a very Almodovarian response to the deep financial and institutional crisis that Spain has been immersed in for more than a decade. Both films fall within a Spanish tradition of ‘crisis cinema’ either by using satire and comedy to link characters’ experiences to communal ones in Los amantes or by using physical vulnerability allegorically to ponder vulnerability on a larger scale. Los amantes not only satirises different social classes and institutions, it also parodies a current Spanish trend in literature and television of re-creating Spain’s recent past, using a nostalgic gaze to look back to the Transition and movida years in order to critique the narrative of the perfect Transition based on censorship of the past and the inertia of contemporary Spaniards. Julieta, based on Alice Munro’s stories, is a fragmented narrative with elisions at its heart, showing how censoring the past wreaks havoc in the present for two generations.

This chapter explores how Almodóvar’s early underground films were seen as examples of an emerging modern Spain after the dictatorship and highlights how these can be seen as rehearsals of what later would become recognisable traits in Almodóvar’s style. These films jolt viewers out of the illusion of reality. At the same time, they have been interpreted through realist lenses to study the Transition and the Madrid movida. This chapter analyses how the film’s metacinematic aspects undermine these analyses. Furthermore, it offers a reassessment of la movida as not apolitical as commonly thought but as politics by the back door.