This chapter argues that for some women, taking risks was not enough. They needed to reject accepted feminine behaviour if they were to push the boundaries of what was socially acceptable. Claudia Parsons was interested in engineering from a young age, and in 1919 was one of just three women to begin a diploma in engineering at Loughborough College. She became a motor engineer and a chauffeur but constantly came up against people who wanted to circumscribe and censor her activities. She did, however, manage to fulfil her life’s dream of circumnavigating the globe, by car, train and boat. This chapter also examines how the journal The Woman Engineer became a platform through which women could exchange ideas on science and technology and find encouragement when they otherwise encountered almost insuperable odds. 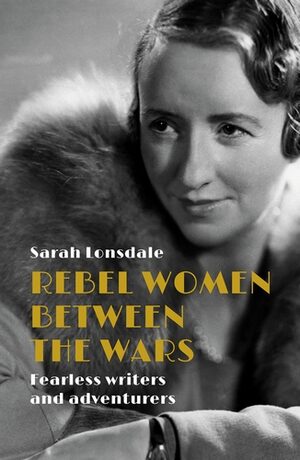 During the interwar years the world of foreign correspondence in mainstream newspapers was closed to women. This chapter argues that women who wanted to comment on international affairs during this period were forced to be precariously and often perilously freelance outsiders. Their outsider status meant that they were free from government pressure during the years of appeasement. Using a series of case studies, and foregrounding the work of Shiela Grant Duff, this chapter argues that far from being scarce, many women wrote on foreign affairs but always from the point of view of being outsiders, and often accidentally. This chapter features the work of the poet Muriel Rukeyser, and the ‘accidental’ British foreign correspondent Florence Roberts, as well as Elizabeth Wiskemann. This chapter traces the work of Grant Duff from her coverage of the Saar plebiscite, through the Spanish Civil War and her passionate defence of Czechoslovakia during the run-up to the Munich crisis.

This chapter singles out the queer, melancholic representations of the dandy that expressionist painter Nils Dardel (1888–1943) produced. To focus on Dardel’s dandy is to explore how a languid, ephebic, brightly attired deco dandy served as a site of pleasure and desire as much as a gendered performance of melancholia that in turn uncovers cultural needs for and national anxieties centred around reintegration and aggregation. This chapter attempts two distinct and seemingly unrelated goals: the first is to examine Dardel’s melancholic representations of the dandy to analyse the figure’s psycho-sexual characterisation; the second is to move forward in time to explore the lengthy processes of de-sexualisation, national canonisation and historiographical repetition and assimilation that have taken place since the painter’s death. 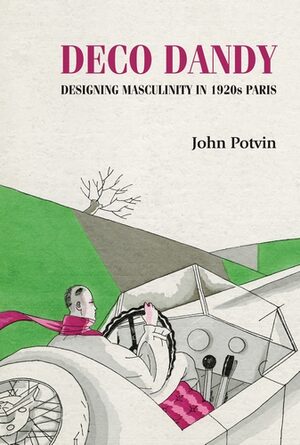 This chapter explores, to borrow from Marcel Mauss, ‘the techniques of the body’, specifically the different ways male bodies suggested silhouettes through movement and crystalised the debates that raged around masculinity (re)establishing the iconic pairing of ephebic and virile types reproduced extensively in various media. In their own unique ways, the two types represented the divergence of the art deco aesthetic not as mere rivals but as integral to post-war consumerist rehabilitation. Through a sustained discussion of effeminacy, muscles and physicality in selective examples, the chapter interrogates the complicated and often fraught relationship between athletics/aesthetics and effeminacy/muscularity as expressions of a tension, overlap, contradistinction and synthesis wherein the post-war cultures of decorative masculinity resided and flourished. The entry point is purposefully varied: tailored fashion and form, the decorative gestures of boxing and physique culture, the rhythmic acting of Jaque Catelain and, finally, the exotic poses plastiques of ballet dancer Jean Börlin. Catelain and Börlin were protean queer celebrity figures whose identities vacillated between effeminacy and physical prowess. The chapter also challenges the effeminophobia that remains endemic to the historiography of the period and compels us to rethink the steadfast conceptualisation of masculinity as either only virile or only effeminate.

In this chapter, I elucidate the previously overlooked background of the liberal nobles who embraced the Revolution in 1789. Louis XVI authorized village elections as part of the reforms creating the provincial assemblies in 1787. The plan was to have the peasants’ representatives improve conditions in rural areas and tax the nobility. Protests erupted all over the realm, however, as nobles saw the elections as violations of the seigneurial jurisdictions underpinning the constitution of the monarchy. Yet a minority of the Second Estate, from the vantage point of the provincial assemblies, saw these protests as counterproductive. The experience gained in the assemblies of working with the peasants’ representatives showed these nobles that they could lead more assuredly, with a modicum of support, by putting themselves at the head of reforms. In this way, I show that the comte de Virieu, the duc du Châtelet, the comte d’Egmont, the vicomte de Beauharnais, and other nobles, after serving in the assemblies, went on to play a key role in the Estates General, breaking with their peers, going over to the National Assembly, and initiating the abolition of feudalism on the Night of August 4, 1789. 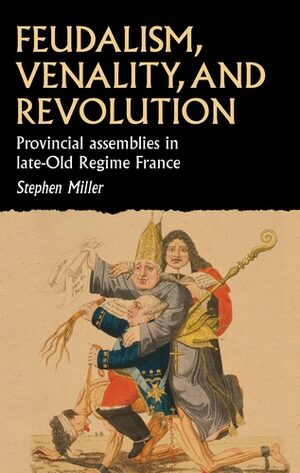 Afterword
Abstract only
Displacement and the humanitarian response to suffering: reflections on aiding Armenia
Peter Gatrell 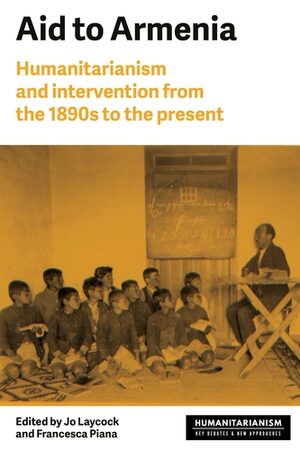 Scholars and practitioners alike have identified interventions on behalf of Armenians as watersheds in the history of humanitarianism. This volume reassesses these claims, critically examining a range of interventions by governments, international and diasporic organisations and individuals that aimed to bring ‘aid to Armenia’. Drawing on perspectives from a range of disciplines, the chapters trace the history of these interventions from the 1890s to the present, paying particular attention to the aftermaths of the Genocide and the upheavals of the post-Soviet period. Geographically, they connect diverse spaces, including the Caucasus, Russia and the Middle East, Europe, North America and South America, and Australia, revealing shifting transnational networks of aid and intervention. These chapters are followed by reflections by leading scholars in the fields of refugee history and Armenian history, Professor Peter Gatrell and Professor Ronald Grigor Suny, respectively.

‘An appeal from afar’
Abstract only
The challenges of compassion and the Australian humanitarian campaigns for Armenian relief, 1900–30
Joy Damousi

‘Aid for Armenia’ became a common catch cry in Australia in the late nineteenth and early twentieth centuries. This chapter takes a longitudinal perspective of the campaigns conducted across Australia to assist Armenian refugees. In doing so it aims to chart the varied campaigns undertaken to offer aid and assistance to the Armenian population experiencing dispossession, displacement and genocide. It positions these efforts transnationally, identifying how these efforts of aid conducted throughout the English-speaking world intersected and were interconnected, particularly throughout the British Empire. But it also identifies activities at the local level, where public meetings, fundraising drives and lectures were delivered throughout Australia for the Armenian cause. Through an analysis of these endeavours this chapter more broadly seeks to explore how a study of Armenian relief efforts highlights the wider shifts of meaning of compassion and humanitarianism from a range of perspectives and how these changed over time.