Clear All
Download Citations
Page:123456789101112 ...
A vicious cycle
Abstract only
The growth of terrorism and counterterrorism in Nigeria, 1999–2016
Jennifer Giroux and Michael Nwankpa

Violence in Nigeria has many forms – from crimes like kidnapping and robbery to political violence, including terrorism and insurgency, to police and military brutality. It's necessary to appreciate how each form relates to specific contextual conditions and to other forms of violence, which are often overlapping. Since Nigeria regained civilian rule in 1999, the term ‘terrorism’ is increasingly part of national discourse. The government refers to countering terrorism within the framework of its national security agenda, and insurgent movements have increasingly used terrorism within their violent campaigns. While terrorism in Nigeria has been growing, analysis tends to consider the phenomenon in isolation and ignore its connections to other forms of violence, and how state responses drive violent non-state groups to adopt new tactics and escalate conflict. To fill this gap, this chapter looks at how terrorism is understood and experienced in Nigeria, and how its conceptualization shapes the practice of counterterrorism. It traces how the conceptualization of terrorism and practice of counterterrorism have changed over time by analysing international and domestic factors – including the impact of 9/11 – and the societal impact of Nigeria's transformation from military to democratic rule, plus the recent insurgencies in the Niger Delta and the northeast.

Presidents Putin/Medvedev and Georgia W. Bush both adopted basically unilateralist approaches towards the three wars. There was commonality in all three wars, for each took place within ethnically divided states: Afghanistan, Iraq, and Georgia. Russia was wiling to permit American access to Central Asian air bases in republics that had previously been part of the Soviet Union. However, there was considerable controversy between the two over the Gergia war as well as the war in Iraq. Presidents Bush and Obama both utilized a common surge strategy in Iraq and Afghanistan, but the final results in each were disappointing in terms of the continuing turmoil within the two nations. One positive feature of the effort in Afghanistan was support by NATO through its International Security Assistance Force (ISAF), whereas no allied naions provided help to Russia in its incursion into Georgia. Both nations incurred considerable costs, the Russians in global public opinion and the United States in considerable depletion of its treasury.

The final chapter picks up on the call in Chapter 5 for a via media, that is, not for the status quo or for a new comprehensive written Constitution for the UK, but for a discrete Act of Parliament – a Constitutional Reform Act – which will address pressing needs by formally re-constituting the UK as a federation of four parts, protecting a wider range of human rights and with better remedies for breaches of those rights, devising a fairer mechanism for distributing funds from the central government to the three devolved areas, and setting out what the goals of the new federation should be. The Brexit process is an opportunity to re-define the features which the new UK wishes to project in the world – a commitment to peace, democracy, security, human rights, equality and fairness. Maintaining a focus on that more limited reform agenda stands a better chance of strengthening the union between England, Scotland, Wales and Northern Ireland than a simple written Constitution will do, however comprehensive it claims to be. 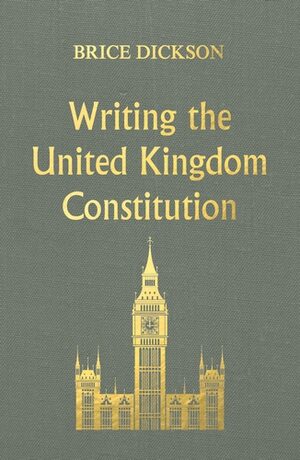 This chapter examines how international terrorism has impacted Brazil in the post-9/11 era and transformed its counterterrorism policy. It begins by noting that Brazilian politicians have long suggested that terrorism is someone else’s problem and that the political and cultural choices that the government has made have somehow immunized it to the terrorist threat. This perception has been durable, despite the actual evidence of terrorist group operation inside the country. In the post-9/11 era, external pressure from the United States has forced counterterrorism onto the agenda of the Brazilian state, but political deadlock has meant that relatively little legislation criminalizing terrorist activity has been passed. The state also still lacks effective counterterrorism policies due a dearth of expertise on the subject, the lack of a consolidated strategy to guide institutional actions and the inexistence of a systemic legal framework to structure counterterrorism policies. As a result, in terms of international cooperation, Brazil may be seen as an ‘involuntary defector’ from the international coalition against terrorist actors.

This book is about what steps should be taken to ensure that the United Kingdom does not fragment. It examines the state of play concerning the devolution of powers in the UK and considers the impact which the Brexit process could have on devolution in the future. It contributes to the debate about what a post-Brexit UK should look like and whether now, at long last, the nation needs a comprehensive written Constitution. After looking at the present situation concerning the protection of human rights in the UK, and by drawing lessons from the experiences of four other common law countries in operating written Constitutions – the USA, Canada, Australia and Ireland, it concludes that the UK should not seek to acquire a single written Constitution and that a much more useful advance would be to turn the nation into a federation. Far from endangering the Union, which is already fragile, a formalised federal structure could strengthen the bonds between the four constituent parts of the UK and encourage all of its people to strive towards upholding a value-based set of national goals articulated in legislation. The book argues that a Constitutional Reform Act should be enacted to create the federation, while retaining the country’s name as ‘the United Kingdom’. The same Act should make related reforms such as reconstructing the House of Lords, adopting a UK Bill of Rights and creating a fairer method for deciding how funds should be allocated by central government to the three devolved regions.

China’s responses to terrorism since around 2008 have been seen in the West as an attempt to jump on the bandwagon to justify Beijing’s long-term religious, cultural and political suppression of the Uyghur community, both internationally and domestically. Uyghur activists and human rights advocates have long decried the liberal use of the term ‘terrorist’ by the Chinese authorities as well as their tendency to conflate ethnic, religious and violent activities. On the other hand, China has often criticized Western approaches to counterterrorism and attempted to promote its own measures as a better alternative. This chapter seeks to address the questions raised by such issues as China’s definition of terrorism and how China’s resistance to and criticism of the US-led counterterrorism campaign has reshaped the domestic conceptualization of terrorism and the subsequent implementation of countermeasures.

The conclusion draws out some of the historiographical implications of the book’s narrative. It devotes particular attention to the way in which this narrative decentres the categories that have conventionally been employed to understand post-war political history. And it suggests ways in which the study of political thought can be enhanced by adopting a more conceptual approach to the history of ideas. An epilogue brings the book’s arguments into a dialogue with contemporary debates about distributive justice. 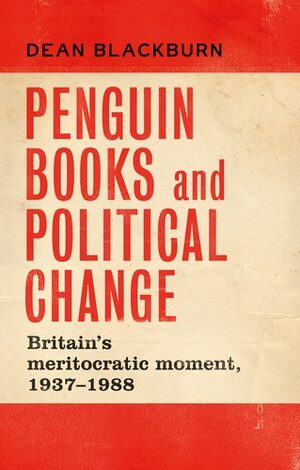 The final chapter of the book discusses the social and political changes of the 1980s. By locating Penguin’s books in a broader context, it challenges the notion that Thatcherism reshaped Britain’s political landscape. Although some Thatcherite themes acquired a hegemonic status in this period, others often encountered considerable resistance. Indeed Penguin’s books reveal that the 1979 and 1983 elections did little to resolve the social antagonisms that had been exposed in the 1970s. Not only did many of its publications expose the contradictions of Thatcherite policies and beliefs, but they also popularised ideas that were incompatible with Thatcherism’s legitimising ideology. Some of these ideas would inform the New Labour project of the 1990s, and it is possible to argue that the origins of Thatcherism’s demise can be traced to the early 1980s.

The introduction outlines the book’s narrative and situates it within relevant scholarly debates. The historical significance of Penguin Books’ ‘paperback revolution’ is established, and the reader is introduced to some of the ways in which the publisher’s history can be used to better understand the intellectual and cultural politics of post-war Britain. Particular attention is devoted to the way in which its non-fiction books can be employed to trace semantic and ideological change.

In the late 1960s, the contradictions of Britain’s meritocratic settlement were brought to the fore. The chief consequences were the emergence of a more polarised political climate, whereby the boundaries of contestation were significantly expanded. As it had done in the inter-war period, Penguin’s texts revealed the character of this contestation. Indeed the publisher itself, which had been regarded as a benign instrument of cultural democracy in the preceding two decades, became implicated within broader patterns of ideological conflict that were driven by the collapse of the post-war consensus. This chapter traces these developments and suggests that they amounted to an eclipse of Britain’s meritocratic moment.