Magic and witchcraft constituted the scenery, and often the script, of everyone's life during the eighteenth century as much as it had ever done in the seventeenth or sixteenth. For the instruments of any attempt to unify Scotland's remarkable diversity were the Law and the St Giles Kirk, and it is a remarkable fact that, London government and commercialising landlord apart, neither appears to have exerted itself overmuch in relation to crimes of magic. The eighteenth century did not look kindly upon either the Episcopal Church, which found itself in disgrace after 1745 because of its alleged support for the Stuart cause or the Presbyterian Kirk, which was more and more plagued by controversy. Compared with the Kirk's intense scrutiny of adulterers and fornicators and her eagerness to punish their sins, the pursuit of witches can sometimes seem almost desultory.

The fact that a greater multitude of witches was found among women than among men was so obviously a fact to the authors of the ‘Malleus Maleficarum’ that, despite scholastic custom, it was completely unnecessary to deduce arguments to the contrary. This chapter argues that Institoris and Sprenger's much noted emphasis upon women as the overwhelming practitioners of witchcraft is quite probably descriptive rather than prescriptive in nature. Nonetheless, their interpretation of this apparent fact was very much their own, and depended closely upon their intense fear of the disordering power of female sexuality. Just as the person of the witch is closely identified with that of the devil in the text, Malleus, so too does unbridled female sexuality come to be all but indistinguishable from demonic power. For all their misogyny, Institoris and Sprenger never accuse chaste virgins of witchcraft. Indeed, one of the most remarkably virtuous characters to be found in their text is a woman, a ‘poor little virgin and most devout’, who was able to cure bewitched persons by merely reciting the Lord's Prayer with complete faith. 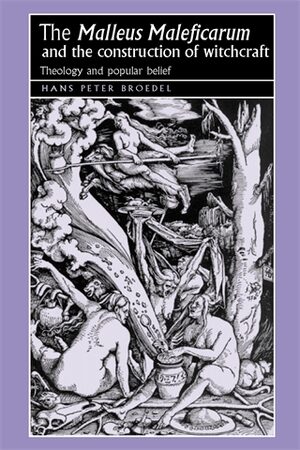 This chapter provides a general overview of vernacular magical beliefs and practices in Italy from the time of unification to the present, with particular attention to how the traditions have been studied. Belief in witchcraft was once widespread in all regions of Italy. Witch beliefs, folk healing and the legend complexes related to them have generally been studied as aspects of 'folk', 'unofficial' or 'popular' belief or religion. The folkloric witch appears predominantly in legends and folk tales. In Italian folklore she is usually female. The chapter adopts Leonard Primiano's use of the term 'vernacular' and broadening its application beyond the study of religion to include magic. The evil eye belief complex encompassed a range of phenomena, from the often inadvertent jettatura or malocchio (evil eye) to more intentional magical attacks, known as attaccatura ('attachment'), fascino or legatura ('binding'), and fattura ('fixing').

In a universe where God and the devil had, to such an extent, abandoned their traditional roles, learned theologians had plenty of space in which to carve out the new category of witchcraft. Although the broad contours of late-medieval learned conceptions of witchcraft were determined by basic metaphysical assumptions, the specific form these conceptions took was primarily the result of the evidence and experience available to various authors. This chapter discusses the epistemological problems posed by belief in witchcraft. It examines how motifs drawn from traditional beliefs about spectral night-traveling women informed the construction of learned witch categories in the late middle Ages. In the case of Institoris and Sprenger, their category ‘witch’ responded to their experience as inquisitors, which included extensive familiarity with the oral testimony of victims of witchcraft and of accused witches themselves. Their witches were the common people's witches, those unpleasant and unpopular individuals held responsible for damaging crops, souring milk and causing illness out of petty malice. Institoris and Sprenger were predisposed to accept almost any consistent body of testimony at face value. Their notion of witchcraft retained congruence with traditional beliefs lacking in the constructions of authors with different experience or epistemological orientations.

This chapter discusses a different set of ideas about the construction of learned witch categories in the late Middle Ages, all of which, from the clerical perspective, revolved around the idea of direct or indirect commerce with the devil: heresy, black magic and superstition. In late medieval times, witchcraft was a composite – a combination of motifs derived from a number of quite different traditions: those associated with monstrous female spirits, animal transformation, demonolatrous heresy, maleficent magic and superstition being among the most prominent. The resulting composite figures were in no way haphazard; rather, each one of these established categories were used as a kind of conceptual template to provide the underlying principles around which one version of witchcraft was ordered and constructed. In the text, as in some other German texts, the witch was defined through her maleficium and practice of magic. Many French models of witchcraft depicted the witch more as a demonised heretic – a being defined by her willing entry into the demonic pact and her worship of the devil. In every case, however, the template originally chosen by the witch theorist both defined and restricted the field of his inquiry and the scope of his investigation, while determining, at the same time, the inherent plausibility of his definition of ‘witch’ and ‘witchcraft’, and the extent to which these categories could be used to drive witchcraft persecutions.

Research on the continuation of witchcraft beliefs after the end of the witch trials is still in its infancy among German historians. Cultural and denominational distance must have played a prominent role and should not be underestimated, especially as it was used for auxiliary argumentation culminating in the handy and catchy accusation of superstition. Even if exorcists and witch doctors who spread the belief in witchcraft were seen as damaging, superstitious and dangerous in the official verdict, this view only prevailed very haltingly among the local population. Prussian medical authorities, and many doctors in their wake, tried to use their medical and scientific world-view to rationalize the irrational and to explain 'abnormal' beliefs increasingly in terms of mental illness. The Catholic Church and state administration were confronted time and again with petitions and queries regarding witchcraft and magic, which contain many differing views and interpretations.

The conclusion explains why the English Reformation ended in the late eighteenth century. It discounts a secular and secularizing Enlightenment as an explanation. Rather, it offers three other reasons for the Reformation’s ending. Firstly, by the last quarter of the eighteenth century enough time had passed to make the seventeenth-century wars of religion less threatening than they had seemed earlier in the century. Secondly, the Reformation issues with which the eighteenth-century English dealt got supplanted by other, more urgent ones, often having to do with England’s expanding empire. Finally, and importantly, the Reformation ended because the polemical divines who are the subject of this book failed fully in their tasks of defining truth and of defending the autonomy of the established Church of England. In the end, the modern state took on the role as truth’s arbiter and made the Church a subordinate, dependent institution.

Conversing … with the ancients
Abstract only
Rome and the Bible
Robert G. Ingram

Having lost a legal battle with Richard Bentley, Conyers Middleton went to Rome for a year and a half during the mid 1720s. During his time in Italy, Middleton developed a view of Christian antiquity at odds with the mainstream orthodox one. This chapter examines both the evolution of Middleton’s stance orthodoxy to heterodoxy and the perceptions and consequences of that evolution. It considers the arguments of his Letter from Rome (1729), highlighting their latently heterodox implications. It shows how the Letter from Rome’s latent heterodoxy became manifest in Middleton’s Letter to Dr Waterland (1730). Finally, it details the ways that his attacks on Daniel Waterland destroyed his relationship with his first patron — Edward Harley, second earl of Oxford — and permanently damaged his career prospects.