This Introduction lays the theoretical groundwork for the book by exploring the place of 'sameness' in queer theory. As with related approaches that have a similar basis in post-structuralism and the politics of social difference, queer theoretical writing often poses values like heterogeneity, variety and change in opposition to a dominant order that is imagined as seeking sameness in the forms of homogeneity, conformity and assimilation, often taken to be intrinsically reactionary or pernicious. The Introduction traces how this opposition manifests through the development of key queer theoretical positions and also addresses the scattered history of engagement with sameness in queer thought. It argues that queer theory's theoretical and rhetorical orientation has prevented engagement with the significant investments in sameness that we can see in queer culture. Turning to coming out stories and the boredom they have inspired in queer readers, this Introduction also provides an initial case study for the connection between queer culture and forms of sameness that the later chapters continue to elucidate. 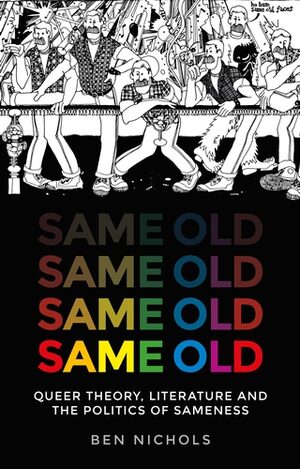 This chapter argues that 'lesbian middle-brow' writing from the early part of the twentieth century offers an important counterpoint to queer theory's long-standing opposition to normativity. Whereas early queer theoretical formulations opposed 'regimes of the normal' that specifically upheld heteronormativity, the sharpness of this critique has morphed into a more general position in which any kind of normativity or conformism is treated as intrinsically suspect. By contrast, novels with famous lesbian protagonists such as Radclyffe Hall's The Well of Loneliness (1928) and The Unlit Lamp (1924), along with Mary Renault's The Friendly Young Ladies (1944), show the manifold reasons why historical queers have been attached to the idea of the normal – for example, for the opportunity it offers of safety and protection from violence. Moreover, they show the importance of what might seem distinctly non-radical to contemporary readers – namely, middle-brow realism – in the history of lesbian representation and subjectivity. These middle-brow novels are the occasion to reflect on what keeps anti-normativity at the heart of queer theoretical strategy: the opportunity it provides of opposing a form of sameness framed as stultifying, conformist and assimilationist.

This chapter argues that fiction in the genre of the 'stud file', or the catalogue of sexual partners, shows how queer culture has been reductive in precisely some of the ways that queer theory has been averse to. Works by John Rechy, for example, such as City of Night (1963), Numbers (1967) and The Sexual Outlaw (1977), amongst others, are repeatedly 'reduced' to descriptions of a gay cruising or casual sex world that is itself described as performing various kinds of 'reduction’. Works in a related vein, such as Jane DeLynn's Don Juan in the Village (1990), are similarly built around a restricted or reduced way of relating within a form of sexual seriality. For queer theory, and many other theoretical projects influenced by post-structuralism, reductionism has been imagined as the problematic expression of a pernicious 'logic of identity’. This chapter suggests that Rechy’s writing in particular encourages us to recognise the reductiveness of queer culture, which queer theory may prefer to disavow.

This chapter examines lesbian feminist speculative fiction from across the twentieth century in order to reconsider queer theory’s widespread rejection of reproduction, particularly in the wake of Lee Edelman's critique of 'reproductive futurism’. In queer theory, reproduction often signifies as simply a dreary and repetitive commitment to more of the same thing, and is frequently linked intrinsically, in any form, to a dominant and conservative heteronormative order. However, the fiction that this chapter addresses demonstrates the value to queer worlds of biological, social and cultural reproduction. In novels ranging from Charlotte Perkins Gilman's Herland (1915) to Joanna Russ's The Female Man (1975), to Suzy McKee Charnas's Motherlines (1978) to Sally Miller Gearhart's The Wanderground (1979) to Nicola Griffith's Ammonite (1993), the women-only lesbian worlds presented are structured around forms of reproduction – both biological and social copying (sometimes literalised in the form of human cloning) – that are none the less in no way heteronormative or even heterosexual. Moreover, these novels dramatise the importance of structures for reproduction – for keeping things the same – especially where the conditions being reproduced are the result of minoritarian struggle.

This chapter examines the place of uselessness in the history of queer representation by looking back to the moment of fin-de-siècle aestheticism. Whilst usefulness has been associated rhetorically with difference (legible most clearly in the idiomatic rendering of usefulness as 'making a difference'), this chapter explores how queers have been associated with sameness in the form of a perceived ineffectiveness that, rather than making a difference, tends to leave things the same. In particular, it addresses two aesthete protagonists from the novels of Henry James: Rowland Mallet in Roderick Hudson (1875) and Gabriel Nash in The Tragic Muse (1890). The chapter argues that the particular brand of aestheticism they embody (more attached to 'theory' than anything else) throws into relief some of the commitments of contemporary scholarship that has focused on queer failure and backwardness. Situated in a history in which queer theory itself has been subject to charges of uselessness from scholars apparently better attuned to the materialities of lived experience, Rowland and Gabriel serve to flag up a longer history of intimate connection between queers and uselessness.

Shortly before Edward I’s 1290 expulsion of England’s Jews, Bishop of Hereford Richard Swinfield rebuked his flock for accepting invitations to a Jewish wedding. Chapter 2 seeks to discover, within texts preserved by Harley 2253, such trace as Hereford’s expelled minority may have left in the cultural imaginary of this borderlands region. Recent scholarship has established that Jews constitute an ‘absent presence’ central to both Christian devotion and conceptions of Englishness. Hereford has a unique profile as a frontier Jewish community, while the Harley manuscript straddles the historical watershed of 1290. This codex has not yet received Jewish studies-based inquiry. But understudied texts near its centre provide material: Anglo-Norman biblical paraphrases that feature the Levites (or priestly class of the Hebrews), and devotional travelogues attuned to the location of biblical and post-biblical Jews. Exploration of these Old Testament stories and Holy Land itineraries, wherein ancient ‘Hebreus’ and latter-day ‘Gyiws’ figure, suggests that Harley departs from period norms. Its texts (and additions) reveal a provincial copyist who is stuck in the distant past, yet perspicacious about Jews’ historical present. Jews have long been absent, but Harley 2253’s fellow clerkly traveller proves disarmingly cognizant of the challenges facing Levitican ‘captives among us’. 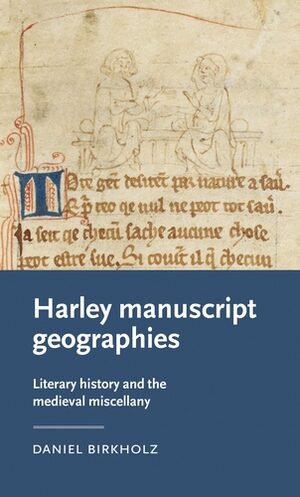 Scholars equate medieval culture with death culture, but such conceptions derive from obsessions that developed in the wake of the Black Death. Texts that dance with death (or relocate us spiritually by means of it) are never far away in the Harley miscellany’s fifteen quires. But neither do we encounter quite so morbid an obsession with coming ‘endyngs’ as haunt later imaginations. After providing a primer on medieval death, ‘Dying with Harley 2253’ asks whether this compilation may, in its late-added final quire, function as a proto-Ars moriendi. Pre-eminent among plague-inspired genres, these multi-media ‘craft of dying’ handbooks served increasingly to script late medieval end-of-life experiences. But whatever genuflections its closing quire’s Anglo-Norman devotions and Latin treatises may perform, our manuscript’s earlier English pieces are not so easily overwritten. These lyric meditations propose death-facing trajectories and afterlife orientations that refuse to be theologically gainsaid. Harley 2253 archives multiple kinds of dying, and models plural approaches to the locational crisis (‘Wher next shal Y fare?’) that mortality produces. Appreciation of the sublime extremities to which medieval lyric delivers its audience helps demonstrate how contemporary encounters with lyric form—often just as death-bent—owe debts to early exemplars, the eschatologies of which underlie their own.

The Epilogue reviews how—after much anarchic pulling apart—the Harley miscellany comes together as a literary-cartographic compilation. Sacred space manifests here as a Hereford-centred ecclesiastical regionalism. Harley 2253 is famous for other genres, but saints’ lives govern its undertaking. Its saintly roster proves diverse (biblical/medieval; foreign/domestic; political/parodic), but committed to locally grounded sanctity. Providing a focal point for ‘Ye Goon to … Hereford?’ is St Thomas Cantilupe, a Hereford bishop (canonized 1320) whose cathedral shrine competed on even footing, for a while, with the royal-associated cult of Archbishop Thomas Becket, whose Canterbury shrine dominates English literary history (via Chaucer’s Canterbury Tales) and cultural geography. Cantilupe’s fortunes recall those of the Harley manuscript within literary studies; both acquire meaning via their regionalist character. Reading Harley 2253 and Hereford Cathedral together challenges the dominance of Becket, Chaucer, and Canterbury Cathedral. To seek St Thomas of Hereford in the Harley manuscript is to borrow trouble codicologically—he won’t be found, any more than Becket’s shrine is reached by Chaucer’s Pilgrims. But pursuing his absent presence, in a book that privileges sanctified geography by planting local saints at threshold locations, does move us towards Hereford Cathedral, where a famous mappamundi awaits those approaching Cantilupe’s shrine.

Chapter 1 proposes that the once-canonical ‘Harley Lyrics’ require literary-geographical re-contextualization. These poems’ backwater status is not native, but a consequence of the peripheral location assigned them by metropolitan narratives preoccupied with formal-genealogical influence. Harley 2253 was produced for a gentry household near Ludlow, Herefordshire, by a copyist using exemplars from across England and beyond (Paris, Avignon, Ireland). By attending to lyric transmission, and through readings of genre and geography, ‘Harley Lyrics and Hereford clerics’ demonstrates how, notwithstanding the provincial gentry setting of their copying, these adaptable poems align formally and socially with another textual community. This underlying context lies in the well-travelled secular clerks and episcopal officials of Hereford Diocese. The collective experience of such men was defined by unusually pronounced mobility, cohort solidarity, and district boosterism. But if these clerical lives, given incessant travel, are defined by spatial dislocation, so too are the Harley Lyrics preoccupied with geographical displacement. Waxing nostalgic for a ‘hom’ located vaguely ‘by west’, they idealize the figure of a beloved ‘levedi’ [lady] or ‘lef in lond’ [love in land]) who is brought into being through passionate poetic longing. Such (imported) conventions bespeak the cosmopolitanism of the Harley Lyrics, while underlining their regional orientation.