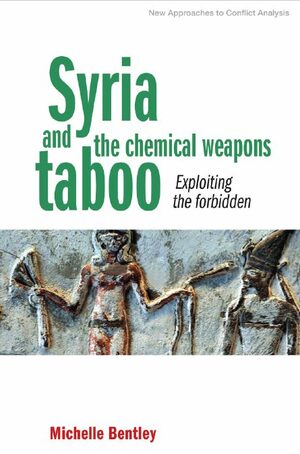 This introduction presents an overview of the key concepts discussed in the subsequent chapters of this book. The book examines the intellectual frameworks within which the case for war in Iraq was developed in the US and UK. It analyzes the neoconservative roots of the decision to go to war and traces the evolution of neoconservative thinking on foreign and security policy issues, highlighting the complexity of, and potential contradictions within, neoconservative thought. The book looks at the parallel processes through which President George H. W. Bush's administration and Tony Blair's government constructed their cases for war, analyzing similarities and divergences in the approach. It examines how the Bush administration tried to manage public opinion in support of its war policies. The book also looks at the decisionmaking process of the Bush administration in the year before the war in Iraq.

The Asia-Pacific region is divided into distinct security paradigms that are governed by differing normative and structural frameworks and differing levels of greater power influence and involvement. This chapter outlines the combination of theoretical, policy and institutional frameworks in the region and the ways that they can be challenged by a critical security analysis. The first approach to critical security can be defined as a reconstructive project, aimed at advancing alternative claims of what security is or should mean. The North Korean regime's nuclear test in October 2006 served to underscore the sense of volatility associated with the Northeast Asian region, for some indicating the primacy of traditional modes of thinking about security and threat. The comprehensive security appears to capture the holistic and interdependent nature of insecurity processes and to incorporate the kind of liberal norms present in numerous Association of Southeast Asian Nations (ASEAN) documents.

In promoting and prosecuting its war against Iraq, the administration of George W. Bush sought to accomplish two tasks in the management of American public opinion. In the run-up to the war, it tried to rally the public to support its planned venture, and, during the war itself, it tried to maintain public backing for the war even as costs increased. American troops have been sent into harm's way many times since 1945, but in only three of those ventures, in Korea, Vietnam, and now Iraq, have they been drawn into sustained ground combat and suffered more than 300 deaths in action. There is one important difference between the wars, however: the data suggest that the public places a far lower value on the stakes in Iraq than it did in the earlier wars.

The 'war on terrorism' as a political discourse has both unique and generic characteristics, as well as continuities and discontinuities from previous counter-terrorism approaches. This chapter considers the discourse as a totality and looks at the forest rather than just individual trees. The role of the media is critical to the success of any political discourse because in modern societies it is the main transmission belt or conduit between politics and society. At one level, the power of the discourse is due to its internal construction; it is a coherent, appealing and reassuring narrative for Americans which restores the confidence and sense of purpose which was so severely undermined by the terrorist attacks. On another level, political discourses only rise to prominence in this way when other social actors reproduce and amplify the language across the wider society.

This chapter provides a reasonably cool and rational account of the development of neoconservative views on US foreign policy, culminating in the decision to invade Iraq. Most of the leading first generation neoconservatives, including Irving Kristol, Nathan Glazer and Daniel Bell, attended the City College of New York in the 1930s. The neoconservative role within the George H. W. Bush administration, however, was rather more equivocal. Generally, the admistration neocons were second-level "junior ministers," much as they had been in the Ronald Reagan or Bush senior administrations. Bushite pragmatism was seen as much in Bush senior's resolve to "avoid dancing on the Berlin Wall," as in the allowing of Saddam Hussein to remain safe in Baghdad two years later. The pragmatic realism of the 1991 decision to cease action in Iraq was defended in the memoirs of Colin Powell, the elder Bush and Brent Scowcroft.

This chapter examines the issue of nuclear weapons with a view to understanding the origins and consequences of nuclear policies, as opposed to simply describing these or calculating their strategic effects. It explores three key factors associated with use of nuclear weapons: ethical and humanitarian concerns; the implications of nuclear deterrence and nuclear use on citizen, state relations; and the implications of nuclear war for environmental and development projects. The chapter proposes the state of nuclear issues in the Asia-Pacific, focusing on the nuclear crisis in North Korea, proliferation in India and Pakistan, and the status of nuclear weapons in the US, China and Russia. Traditional security policies that have established nuclear weapons as a means of achieving security among states have led to a fundamental nuclear insecurity, that is, the constant fear that such weapons might actually be used, exposing human populations to unprecedented destruction.

Chapter 4 demonstrates the sheer extent to which this strategic process was agency-driven and calculated. Obama did not merely use the taboo to limit policy, but to actively control it. This is not merely a case in which Obama drew on conventional understandings of the taboo, but in which he dug deep into that construct to exploit specific aspects in the promotion of his own self-interest. This was a manipulative and deliberate process, one in which Obama exercised significant control over the idea of the taboo itself. Far from the inevitable adherence to the taboo that this situation has been portrayed as, this was in fact the opposite – a case in which Obama effectively reversed that normative expectation in order to manipulate it for his own gain.

Ambivalence about war and its purposes is by no means a historical novelty, and nor are deeply felt and carefully articulated principles and codes concerning the conditions under which it can be justified, or limits to its conduct. Tony Blair defended the rightness of the 1999 NATO incursion into Kosovo with the assertion, "This is a just war, based not on any territorial claims, but on values." Blair himself is quite clear that states are not and cannot be altruistic. Their impulses to humanitarian action are inspired by a more familiar calculation of national interests, or at least tempered by them, as his conditions make plain. Humanitarian need in distant lands never overwhelms national interest; instead, when the two coincide, the humanitarian goals are deployed to overwhelm international law, and possibly to win public support.