only one in sub-Saharan Africa to be on the US's state sponsors of terrorism list. 74 In 2009, Ahmadinejad condemned the International Criminal Court (ICC) arrest warrant for Sudan's al-Bashir, who defended Iran's right to have a nuclear programme. 75 That year, international sanctions were imposed on Eritrea for its alleged support of al-Shabaab militants in Somalia. 76 In 2011, Iran sent a business delegation to

The paranoid style in international politics
Abstract only
Tim Aistrope

of domestic terrorism. In this view, the global financial crisis, restrictions on gun ownership, and the election of the first black president have led to a growing sense of frustration and detachment from the political process in some segments of the population, and this has aided the recruitment and radicalisation of right-wing extremists. 62 Hofstadter’s basic assumptions

Looking at the geopolitical positions of the United States, Russia, Europe and China since the end of the Cold War, all four have reason to believe that their basic situations have improved. Three are deeply preoccupied with developing new national or regional prospects. Only one, the United States, has the resources and geopolitical leisure to be a major presence in the regions of all the others, a presence that seems likely to swell with America’s new preoccupation with international terrorism. Nevertheless, given the favourable long-term prospects of the others, the

intervention, but also mislead the public as to the true nature of these operations. Drone power is not simply a matter of utilising individual actors or events to get at the root causes of terrorism, to work backwards from the singular agent toward the larger social field which produces this violence. Nor can its interventions be understood solely as an acceleration of the familiar operation in which intelligence gathered from a generalised field is used to locate and neutralise a specific actor. Rather, drones seek to actively disconnect identity, places and events from

both are deeply troubled by an unstable state exporter of terrorism with nuclear weapons on India’s contentious western border. Indeed, viewed from the U.S. cultural perspective – of a country long accustomed to the security of vast oceans and benign neighbors – India appears to be almost completely surrounded by potential enemies and thus in need of powerful friends. China’s carefully planned and growing assertiveness in the region, in particular, suggests that New Delhi should welcome a strategic ally, or at least a

Security as enslavement, security as emancipation
Abstract only
Gendered legacies and feminist futures in the Asia-Pacific
Katrina Lee-Koo

field of security studies and the Asia-Pacific seldom mention these experiences. Even though the number of those rendered insecure by these experiences stretch far into the hundreds of thousands, traditional security studies remains preoccupied with a more ‘conventional’ agenda. Particularly now, amidst fears of regional terrorism, the literature and focus of security in the Asia

-war and cyber-terrorism; the recognition that cyber weapons are available to ‘everyone’; the uncertainty around the attackers and their ability to conceal themselves; the creation of new dimensions of vulnerability brought about by breadth of the internet and the subsequent broadening of referent objects; the ‘newness’ of the threat such that it renders old defences ‘useless’; and the necessity for interdependence between public and private actors given the shared nature of the risk. This framing becomes ‘set in stone’ ( Dunn Cavelty, 2008 , p. 99), in part through the 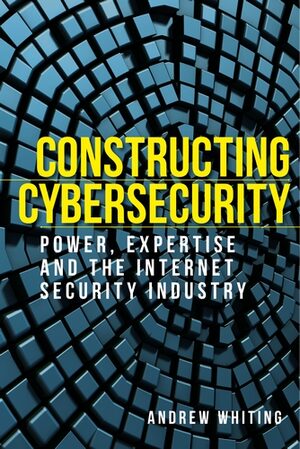 /03/2020 15:11:04 Conclusion for the West Bank and Gaza that did not include any Hamas officials as ministers. The new Palestinian government was sworn in on 2 June. Mahmoud Abbas, the Palestinian president, stated that the new government would abide by the Quartet’s conditions to recognize Israel, reject violence, and accept past agreements.3 Netanyahu reacted by contending that Abbas, by supporting this unity government, ‘said yes to terrorism and no to peace’. From April onward, Israel denounced the entire Palestinian unity process, though even its US ally was willing

states while providing Moscow with enticing openings for involvement. For all of their highly publicised failures, FSU multilateral fora such as the CIS have permitted intergovernmental policy coordination in a number of areas, not only in the economic transformation of states but in collective security and anti-terrorism arrangements as well. These fora suggest an FSU ‘economic and security space’, and they have been manipulated by Russia to bolster both the legitimacy and viability of a Russia-led grouping of concerned states. We argue that all FSU states, in spite

Peres campaigned in 1996 on the platform of ‘land for peace’, the Likud claimed ‘that you can have peace for nothing. Which is nonsense. Saying that you can have security before peace. Which again is nonsense’ ( Peres and Littell, 1998 : 89). ‘Mr. Netanyahu made a terrible mistake when he said he would provide security before peace. For peace you need a majority. For terrorism a tiny group of people can