In July 1933 an aristocratic farmer-settler, the Honourable Eleanor, or ‘Nellie’, Grant, went to a ball held for the navy by Kenya’s Acting Governor, Sir Henry Moore, at Government House, Nairobi. She had a ‘lovely sit-out’ with the Reverend Wright, Dean of Nairobi, and their conversation turned to some of the big issues of the day, religion and eugenics

Conclusion
Abstract only
The decline of the eugenics empire
Chloe Campbell

biology and partly in the nature of the colonial population, which lacked experts on heredity who could challenge Gordon and his associates’ monopoly on eugenic thought. In the case of eugenics in colonial Kenya we have a clear example of the colonial frontier’s tendency to distort. 1 The emphasis on the heredity of innate characteristics and the assumption of European superiority that underlay British

American eugenics movement have been published. These have covered virtually all aspects of the movement, including, for example, its antecedents and evolution, the major personalities involved, the relationship of American eugenics both to the Nazi race hygiene programs and contemporary genetic and bioethical developments and other aspects of the movement. This begs the relevant question: why another book on eugenics? My response to this is that this book is not ‘on eugenics’ in the sense that it is another overview of the movement and its effects. Rather, the primary 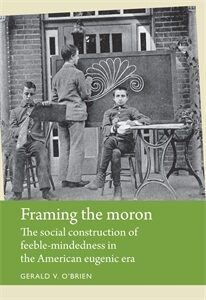 advocates of eugenics (as well as, to a large degree, those in other nations) were more apt to be supported by the public and policymakers if the targets of control were portrayed as a growing threat to the rest of the population, and the dehumanizing metaphor themes that have been explicated in the previous chapters served as essential elements within the rhetorical arsenal of the eugenicists. These themes were employed to build a case for restricting human rights against a group that was seemingly non-­threatening. Furthermore, as with many large-­scale efforts to

inferiority became more crystallised, undermining the Kenyan eugenicists’ claims of legitimacy in the name of trusteeship. In November 1933 letters were sent under the auspices of the British Eugenics Society to The Times , the Colonial Office and the Economic Advisory Council (EAC) which sparked off debate about the Kenyan research on race and intelligence. (The EAC was a body working under the Privy Seal

Concerned and puzzled
Abstract only
Heredity research and counselling at the Clarke School, 1930–1960
Marion Andrea Schmidt

on the inheritance of deafness worldwide. Covering the period from the 1930s to the 1960s, the school’s heredity research fell into a time of immense changes in eugenics, genetics, and genetic counselling. During this time, the coercive, state-driven, and biased eugenics of the 1920s, 1930s, and 1940s grew into the modern medical genetics of the 1950s and 1960s, which, increasingly, emphasized individual autonomy. Historians have given much attention to the fraught, ritualized, and incomplete manner in which geneticists, physicians, biologists, or 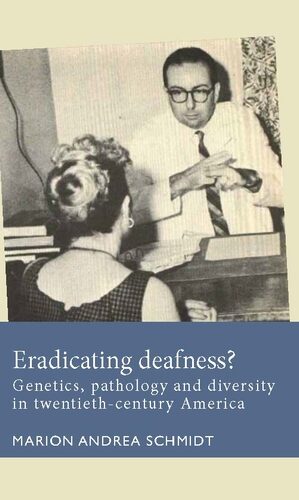 On 26 June 1930 thirteen women and men gathered together in Johannesburg to form the Race Welfare Society, the purpose of which was ‘the study, investigation and application of eugenics with especial reference to South African problems’. 4 The founders of the Race Welfare Society (RWS) turned to eugenics for a blueprint on how to cultivate a healthy and productive white population. If implemented

The animal metaphor
Abstract only
The moron as an atavistic subhuman
Gerald V. O’Brien

trajectories’ was frequently used to buttress manifest destiny in the United States.20 While this belief reached its peak decades before the eugenic era, it certainly made its influence felt on the eugenics movement, as will be discussed later in this chapter. To Cesera Lombroso, the early Italian criminologist, who wrote toward the end of the 1900s, ‘born’ criminals constituted an atavistic throwback to an earlier, more primitive stage of human evolution. Such atavism, he argued, ‘may go back far beyond the savage, even to the brutes themselves’.21 To Lombroso, born