Currently, Algerian cinema is starting to reconfigure itself after two decades of attrition and collapse. The nationalised film industry of the Boumediene era is long gone, but there are signs that a national film industry might be under (re)construction. Those signs are small-scale. It was taken as significant that the comedy Mascarades (Salem, 2007) was released on as many as eleven screens

The Frenchmen who conquered the land now called Algeria were ruthless. Before they arrived, the indigenous Berber people had survived many invasions, from the Phoenicians to the Vandals, the Byzantine and the Arabs, who came in the seventh century bringing Islam. The Berbers adopted Islam but maintained their own language and customs. From the eleventh through to the

extremely risky, while the indigénat made it illegal for Algerians to join political parties. Yet Algeria’s socialists were optimistic. They could claim that Marx himself had spent a few months in Algeria in 1882 - for health reasons - and that Marx and Engels had written about the French conquest of Algeria. Marx and Engels readily recognised colonialism’s violence and economic devastation, but they did 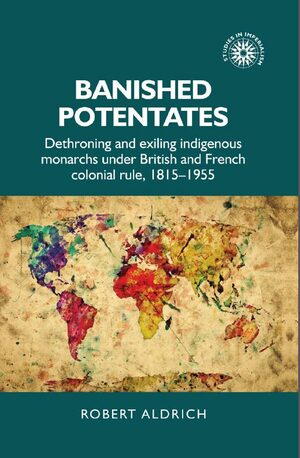 In the 1930s impoverished rural Algerians swarmed into already densely populated urban areas. The traditional medina became both ruralised and Europeanised. The new urbanites maintained tight networks with their rural relatives, linking town and countryside ever more closely. However, urban youth spent more time in the streets by comparison with their parents, congregating at

Representing people of ­Algerian heritage 2 Shaping spaces: representing people of ­Algerian heritage French colonial and postcolonial relations with the countries of the Maghreb have been long and troubled. Post-1945, significant numbers of Moroccans, Tunisians and Algerians migrated to France and eventually settled there definitively: they and their families now constitute a significant proportion of France’s ethnic minority population. Aside from being numerically the greatest, arguably the symbolically most important and prominent component of this

. While at times the Comintern played a constructive role within its national sections, all too often its efforts to impose uniformity conflicted with local conditions, impeding the efforts of communists to address their own national problems. Algeria is a case in point. This book examines the efforts of communists in French colonial Algeria to imagine the Algerian nation

Order before reform
Abstract only
The spread of French military operations in Algeria, 1954–1958
Martin Thomas

I It is hard to underestimate the political impact within France of the French military operations in Algeria between the initial uprisings in November 1954 and General Charles de Gaulle’s accession to power in May 1958. The Algerian War finally induced the political paralysis of the Fourth Republic which, although implicit in the 1946 constitution, had previously been

This chapter discusses forms of public opposition to empire in two North African territories that typified the differing strands of republican imperialism in the inter-war period. Official commitment to assimilationism in Algeria stood in marked contrast to indirect, associationist rule in the Tunisian protectorate. Yet in both locations, integral nationalist

7 From partners to allies: the integration of authoritarian Algeria in the international system The research findings support the contention that the international dimension played a significant role in the origin, development and conclusion of the failed Algerian transition. In particular, a set of coinciding interests between key domestic and international constituencies was decisive in ending an electoral process that would have seen the establishment of a FIS-led government. The process of democratisation might have ended even if the FIS had been allowed to