Asia. Yet the rise of China had revolutionised the economic realities of the region, with all of Washington’s main regional allies increasingly dependent on China for trade and investment. Moreover, since the arrival of Chinese President Xi Jinping, Beijing has promoted a comprehensive blueprint of economic governance in Asia, based on Chinese leadership, values and rules. The most evident manifestations of this Chinese attempt to build alternative forms of economic governance have been the promotion of the Belt and Road Initiative (BRI) and the Asian Infrastructure

The agenda
Abstract only
Uwe Puetter

area forum had centred on the issue of whether the envisaged meetings between ministers and the ECB would compromise the political independence of the central bank. The relationship between the Eurogroup and the ECB is one of the rare aspects of the Eurogroup’s work which was discussed in early contributions to the literature on economic governance in Stage 3 (Campanella 2000; Bini Smaghi and Casini 2000). Miriam Campanella (2000) even published her contribution under the title ‘The battle between ECOFIN11 and the European Central Bank’. More recently, Howarth and

Cities and nation-states in the urban age
Abstract only
Will inter-dependence reshape rules for the twenty-first century?
Josef W. Konvitz

cities; a challenge for citizens to accept changes in living patterns. The advantages of a liberal, inter-connected economy must reinforce, not compromise, the social and environmental conditions of the places where people live. And most people live in cities and urban regions. If we are at a turning point, it is because we do not see solutions to problems. And when problems accumulate, and appear intractable, the resulting situation itself becomes critical. The crisis of 2008 revealed and exacerbated economic governance shortcomings which the regulatory mode of the 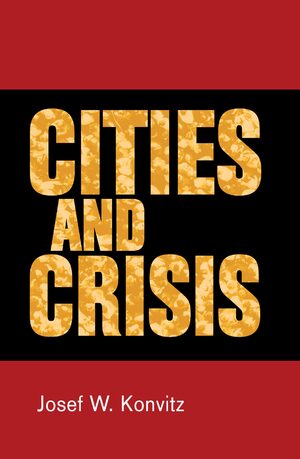 2833Chap6 14/2/06 9:49 AM Page 140 6 Assessing the Eurogroup’s informal working method The Eurogroup constitutes a unique framework for discussions among euro area finance ministers, the Commission and the ECB. As the preceding empirical analysis has shown, the Eurogroup is firmly anchored within EMU’s economic governance framework. The following two chapters review the findings of the case studies in the light of the theoretical argument which was set out in Chapter 1. This chapter assesses the potential of the Eurogroup’s informal working method to foster

such a move would free capital to address the far greater risk posed by instability in Spain and Italy; it would also permit more expedient reform towards a comprehensive framework for the long-discussed model for ‘economic governance’ and fiscal union.7 This harsh appraisal of Greece’s place in Europe was detailed in the ‘­Iphigenia scenario’8 – a proposal by the British Chancellor of the Exchequer. According to this, Greece would have to be sacrificed so the ‘tail winds’ could return to the EU. The sacrifice of Greece was to take the form of a voluntary exit from

activity, its principal mode of rational calculation being suitable to all spheres of life. The market is the epitome of efficiency in the allocation of resources and is unfailingly superior to any other system of economic governance. The market is the best guarantor of reliable quality in products and services. The market guarantees sustained growth in standards of living in all countries, whatever their level of development. ● ● ● ● ● ● The power of the discourse operates in several modes: as political rhetoric, in business practice and through the ghostly role

Autonomous bargaining in the shadow of the law
Open Access (free)
From an enabling towards a disabling state?
Gerhard Bosch and Steffen Lehndorff

unregulated segments of the national or international labour market, economic crises and the rapid growth of new service industries with lower trade union density, the balance of power has shifted in recent decades in favour of employers, which can have significant negative effects on job quality. This change has often taken place gradually as the various influencing factors have steadily accumulated, causing labour standards to be eroded slowly. The deregulation promoted by the economic governance framework of the European Union (EU) has accelerated this process. Jill

progress with the Memorandum reforms. Finally, it was agreed that the EFSF funds would be augmented through ‘leveraging’.1 On 4 October the Council of General Affairs (bringing together the EU’s foreign ministers) approved the compromise reached with the European Parliament regarding the reform of the framework for economic governance. These reforms strengthened the rules of fiscal discipline, and were designed to ensure the continued reduction of the deficit and debt of member states. The Council also approved the supervision of the economic policy of all countries, in

achievements made during the EU’s experiment with new modes of governance. The collapse of the US housing bubble and exposure of many European banks to the US sub-prime mortgage market gradually spilled over into a financial crisis and a fully fledged Eurozone crisis. The crisis has provided an exogenous shock that has not only tested 18 EU enlargement, the clash of capitalisms and the ESD the resilience of the European economy, but the progress made within the Lisbon decade, the robustness of EU economic governance and the unity of the Eurozone. Lisbon II attempted to 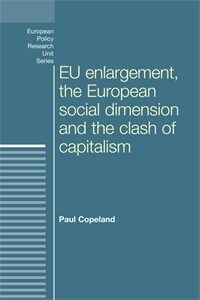 - CALLAGHAN TEXT.indd 80 3/8/09 12:13:34 French social democratic economic policy 81 credibility, in combination with the political context of a Franco-German axis on deficit forgiveness, created areas of room for manoeuvre, notably in revising the interpretation and implementation of the SGP to align more closely with French dirigiste preferences. French socialism and dirigiste aspirations for European economic governance In 1997, the Jospin Government’s attempts at institutional re-engineering of the supranational economic policy regime advocated a political role in