Clear All
Download Citations
Page:1234567891011 ...
‘Whom I never knew to Poetrize but now’
Abstract only
Grief and passion in the devotional poetry of Richard Baxter
Sylvia Brown

of his wife stretching back to when she was a member of his flock in need of spiritual consolation, and finally those of the ‘near Friends in Sickness, and other deep Affliction’ of the title page. In the preface, Baxter made a special plea for ‘passions’ as a key part of devotional identity: they were both the motive for spiritual song and an essential for spiritual life, without which ‘it will be hard to have any pleasant thoughts of Heaven’. 7 Both Poetical Fragments and Additions versify Baxter's practical

CHAPTER 5 Interpretative synopsis of Elemental Passions Images for a female subject Introduction Elemental Passions has given us an insight into a new way of thinking, using images of fluidity which reconfigure sexual difference and thereby subvert the rigidity of the binary logic of traditional philosophy and psychoanalysis. In this chapter we would like to select some of the most important of these images which have emerged in the commentary on Elemental Passions and look at them in more detail. We suggest that these unaccustomed images of fluidity could

– this time to create an awareness of ‘entanglement’ (the term now so prevalent for transnational history; the French equivalent is histoires croisées ) in a wider framework that will embed the Atlantic arena within global developments. I hope to engage these propositions by following a political theme that should seem urgent in light of political violence and even the recent electoral results in Europe and the United States: the passions of politics. Consider as an introduction a different evocation of the Atlantic. Almost a century ago William

There is also a substantial portion of hooey in it. (Hinson 1988 ) Gibson has not made a movie that anyone would call ‘commercial’, and if it grosses millions, that will not be because anyone was entertained. It is a personal message movie of the most radical kind, attempting to re-create events of personal urgency to Gibson. ( Ebert 2004) When Martin Scorsese’s The Last Temptation of Christ ( 1988 ) premiered, it was met by protests, boycotts and even fire-bombings in Paris theatres that showed the film, yet when Mel Gibson’s The Passion of the

Complicating the question of affective scripts is the possibility, and advisability, of emotional control. Gail Kern Paster’s groundbreaking Humoring the Body and many of the chapters in the contemporaneous collection Reading the Early Modern Passions argue for a humoral understanding of early modern psychological and emotional states, a necessary insight

thing it is that Oranges was a success, otherwise you would have had me setting up a studio in Covent Garden, and training the stars – yes, that was my plan.’1 The following year the young writer published her third novel, The Passion. This book won the 1987 John Llewellyn Rhys Prize for fiction, thus confirming the opinion of most reviewers that it was the work of an innovative writer already at the height of her powers. This general opinion was summarised by Anne Duchêne when she said that The Passion is ‘a book of great imaginative audacity and assurance [with 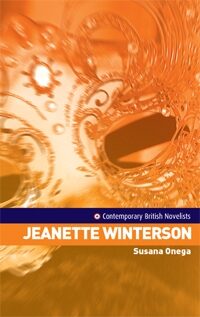 . Attempting to manage and control both her own and her lover’s passion, Cressida employs a different type of proverbial thinking. She, too, succeeds in appearing worldly wise, as she admonishes herself: Yet hold I off: women are angels, wooing; Things won are done – joy’s soul lies in the doing. That she beloved knows nought that

that much time on Mandeville’, 5 not only does he refer explicitly to the Fable of the Bees, he engages with some of the central tenets of 61 EARLY MODERN SELVES AND THE REASON V. PASSION DEBATE Mandeville’s work, in particular with the additions to the 1723 edition. Mandeville’s paradox of private vices and public benefits is well known, but the Fable of the Bees is also a treatise on the passions. The question of the passions was one which had troubled theologians and philosophers throughout the seventeenth century. Even before Descartes’s Les Passions de l 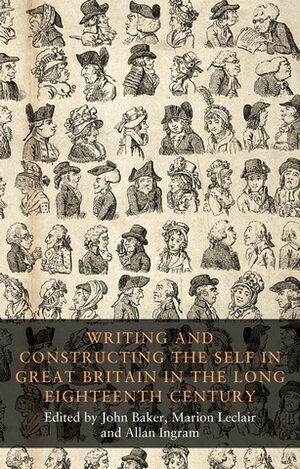 ‘Squint against the grandeur’
Abstract only
Iconoclasm and film genre in The Passion of the Christ and Hail, Caesar!
Martin Stollery

The Passion of the Christ ( 2004 ) and Hail, Caesar! ( 2016 ) present us with two very different twenty-first-century approaches to American cinematic representations of what the latter film intriguingly refers to as ‘the godhead’. More specifically, these films adopt strikingly divergent positions in relation to representations of Christ. They are, of course, films that emerged from dissimilar contexts. The Passion of the Christ was a labour of love and faith, personally funded by director Mel Gibson, which became a major box office success. Hail, Caesar

In the wake
Abstract only
Brian McFarlane

had included such epic-scale productions as The Robe (1953) and Cleopatra (1963) for Burton, The Pride and the Passion (1957) and El Cid (1961) for Loren. This is not to suggest that actors can’t and shouldn’t display versatility, but the kinds of baggage filmgoers might bring to bear on any new film starring such hugely known figures might well make it hard to accept them as an ‘ordinary’ couple. And this certainly proved to be the case. The point most relevant to this study is that major stars wanted to take on what Burton