place that art cinema occupies in Britain, and the internal resistance to it. Art cinema in Britain Film history has generally tended to view British film-makers as aesthetically conservative and Hollywood-centric in their outlook, when indeed they have been mentioned at all. The lack of attention given to British cinema by international critics has been well documented. To give one example, Gerald Mast, an American, reserved a mere six pages for British cinema in his 1971 book A Short History of the Movies (one

This study of British cinema will explore the interactions of comedy and drama within a group of significant and influential films released during the decade of the 1990s. The opening chapter, ‘“Things can only get better … ”: comedies of class, culture and community’, will examine a group of British films from this period which engage with economic and social issues in unusual and compelling ways

, but within three years the future of the British cinema was one of independent actors and directors using the studio facilities. The ‘Britishness’ of such actors, including overseas-born stars, was emphasised in newspaper advertisements and studio publicity at a time when US investment within the UK film industry was ever-increasing. The Eady Levy 3 of 1950 included US-backed productions (Stubbs 2009 : 5) and between 1954 and 1956 the proportion of British films distributed by US firms doubled (Harper and Porter 2003 : 30). In 1962 Vincent Canby stated that

The answer to the question with which this study opened, ‘Why Lance Comfort?’ has, I hope, emerged during the preceding chapters. Apart from the purely personal matter of liking his films, I hope also to have shown other reasons for wanting to write about him. First, he has been shamefully neglected in the standard histories of British cinema, which have tended to be dominated by the work of major

traditions, genre, intertextuality, and so on – I have also been struck by unmistakable idiosyncrasies of form and content. Reed’s eye for detail and for creating atmosphere through photography or editing is unsurpassed in the British cinema. In relation to the former, one thinks of the sudden conversion of Havana in the later stages of Our Man in Havana from its tourist-brochure representation to a darker 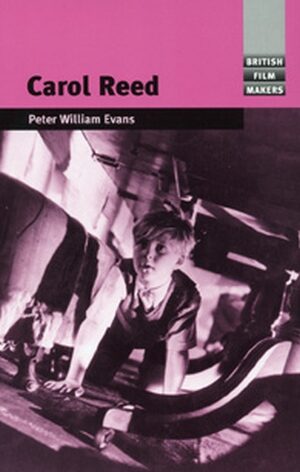 Critical enthusiasm for realism in British cinema, from Grierson to Ken Loach, has obscured the fact that the majority of British films pay little regard to a realist ethos. Melodramas and crime films have traditionally made up a significant and substantial part of British cinema and a section of these films can be related to film noir. As film noir is a critical category constructed to deal with a

My study has examined the significant and innovative role played by three distinctive generic forms in British cinema during the decade of the 1990s. The films discussed, considered and explored such wide-ranging topics as the plight of men rendered redundant by the British economy, the contrasting emotional and intellectual values of first-, second- and third-generation immigrants to Britain, and the hopes