1 Saving the future: the roots of Malatesta’s anti-militarism Davide Turcato Anti-militarism, the refusal to support or join a government’s military effort, is today an unquestioned mainstay of anarchism. Is it an essential or a disposable feature, though? The First World War was the historical juncture where the question was most dramatically posed. Anarchists split on the issue of intervention, with the two great figures Peter Kropotkin and Errico Malatesta taking opposite sides. Despite their irreconcilable differences, both claimed to be following the First

sense, it can be seen as a form of ‘postfoundational’ politics which articulates universal concerns and issues in radically new and non-essentialist ways. Here I will show how the different theoretical approaches discussed in previous chapters can inform our understanding of this movement, as well showing how this movement can in turn advance contemporary radical political theory and help us resolve some of the tensions central to it. Furthermore, I will explore the [ 166 ] Radical politics today link between this new radical politics and anarchism: the anti

people’ via the Jewish people (Kiel 1970 ; Bar-Yosef 1996 ; Tsirkin-Sadan 2012 ). More so than among their secular counterparts, the religious nationalists at Valozyn understood this calling in the religious terms that it was originally conceived (Golovic 2020 ). The thread that leads from the Russian narodniks to Eastern European Jewish nationalism, especially its religious variety as developed at Valozyn, is crucial for explaining its latent anarchistic tendencies. Russian anarchism had deep narodnik roots that it never thoroughly cut

6 ‘The bomb plot of Zurich’: Indian nationalism, Italian anarchism and the First World War1 Ole Birk Laursen In June 1919, the Indian nationalists Virendranath ‘Chatto’ Chattopadhyaya and Abdul Hafiz of the Berlin-based Indian Independence Committee (IIC) were on trial in Switzerland alongside a group of Swiss-based Italian anarchists led by Luigi Bertoni and Arcangelo Cavadini for their involvement in the so-called ‘bomb plot of Zurich’. The Attorney General of Switzerland accused Chatto and Hafiz of collaborating with Bertoni and Cavadini, and with the German

concept of milieu gives us some tools to look more microscopically at this. In relation to Crass, we can see how its members – specifically Penny Rimbaud ( Jeremy Ratter) and Steve Ignorant (Steve Williams) – developed a politics that tried to deal with a hybrid class identity in relation to ideas of anarchism, humanism and transcendentalism.9 -102- I wanna be me Such a politics, moreover, was at least partially a response to the variety of organised and programmatic political groupings on the far left and far right that sought to engage with the band at their gigs

key anarchist themes from the movement’s formal emergence in the late 1870s and remained so in the 1880s, when anarchism entered its ‘heroic period’. The anarchists were also the most vocal and virulent anti-militarists of the pre-war period. After a slight lull in the 1890s, these themes were revived, encompassing various ideological causes and activities, and anti-militarism emerged as a cohesive movement and ideology in the decade leading up to the war. Anarchist antimilitarism was at the intersection of labour protest and proletarian internationalism. ‘Workers

with those of Russian anarchism (Gamblin 2000 ) — at the turn of the twentieth century (Reisen 1926b , 604–608; Schapiro 1961 ; Kiel 1970 ). Steinberg subsequently entered the University of Moscow as a student of jurisprudence and became highly active in student politics. This brought him to the attention of the authorities; before Passover he was arrested, imprisoned, and threatened with Siberian exile — a sentence that was fortunately reduced to two-year exile in any destination. Officially freed two months later, on Shavuot, Steinberg

legal equality. Those couples who could not marry lived together discreetly or formed platonic partnerships. The fin-de-siècle period (1880–1914) was different. Socialism and anarchism gained adherents and made numerous public statements against ‘bourgeois’ marriage. The feminist movement, though always leery about sexual experiments, explored alternatives to marriage. Novelists and essayists challenged the status quo on such issues as divorce and illegitimacy. The number of cohabiting couples remained small, but a growing minority publicly dissented from marriage and 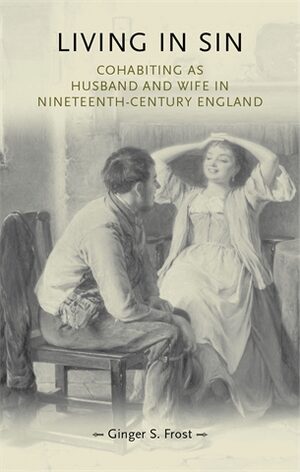 anarchism’s internationalist legacy: in 1907, the Groupement Communiste Libertaire in Belgium co-organised an International Anarchist Congress in Amsterdam and subsequently prepared a Bulletin de l’Internationale Libertaire. However, such efforts proved short-lived and lacked support from French anarcho-syndicalists.59 The boundaries between anarchists and other groups were sometimes fluid. With regard to the mid-nineteenth century, the ‘intimate relationship of anarchism to radical federalist and international republicanism’ is worth noting.60 Furthermore, in fin

)), fostering conflict to expose inequality (i.e. making social war), and directly attacking forms of domination through informal, individualist, illegal action including property destruction, sabotage, propaganda, expropriation, and strikes at individuals. Unlike Marxism and other revolutionary frameworks, insurrectionary anarchism is not rooted in a specific theory of change (e.g. historical materialism) but is rather a theory of critique and action, not prefiguration. In his discussion of guerrilla warfare and terrorism, conflict theorist Richard Rubenstein (1987, 29