Clear All
Download Citations
Page:123456789101112 ...
‘Not because they are Jews’
Abstract only
The Catholic Church in Salford and refugees
Bill Williams

Catholic Women’s League contain no evidence of an interest in the Jews. SDA Marshall Papers 204/134–135, typescript headed ‘Catholic Refugees’ n.d. (but shortly after the Evian Conference of July 1938). Ibid. Of the 1,000 children in the Manchester region by 1943 (600 of them in the city and its immediate vicinity), between 20 and 25% were said to have been Christian. The Harvest, Vol. L11, No. 1, February 1939. SDA Henshaw Papers 203/146. In the absence of any evidence of an alternative, I have assumed this to have been the body referred to occasionally in the records

1901 and 1911 Census Returns illustrates how the Edgar Home, Salvation Army Home and the Magdalen Asylum were used by both Protestant and Catholic women. While all of these homes had a majority of Protestant inmates, in 1901 there were seven Catholic women in the Edgar Home and in 1911, thirteen; there were five Catholics in the Magdalen Asylum in 1901 and four in 1911. There were only two Catholic women in the Salvation Army Home in 1911, However over the period 1905–1908, when the religious persuasion of those entering the home was recorded, thirty-three Catholics 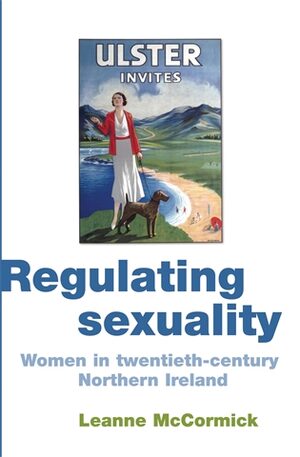 letters page that supporting a nationalist and militaristic struggle led mainly by men was not the place of a feminist or socialist. I replied it was not anti-feminist for working-class women and girls in Catholic communities to take part with the men and boys of their families fighting the violence of the British State in their streets. While I shared the critics’ contempt for masculine politics of violence and heroics, I thought they overlooked the fact that the main force which Catholic women had to face daily was the machismo and arrogance of British soldiers. For

then the enactment of the 1829 Catholic Emancipation Act made conventual life, and in particular the growth of female active, simple-vowed congregations, a viable possibility in England.13 English women no longer had to travel to the continent to become nuns, and religious life was no longer the exclusive purview of the English Catholic elite. The development and dramatic growth of women’s simplevowed, active congregations expanded the boundaries of religious life by expanding the base of Catholic women who could become women religious. And this cohort of Catholic

subsidiarity and suspicion of the welfare state.38 The activities of a number of highly distinctive Catholic social organisations – seen to be a tentative flowering of ‘Catholic Action’ in an English context – reinforce this picture of a self-contained, distinctive Catholic milieu.39 Micro-histories of the Catholic Federation,40 Catholic Social Guild,41 Catholic Evidence Guild,42 Catholic Women’s League43 and the Young Christian Workers,44 are written through an often celebratory, and implicitly comparative, lens. Such 032-056 FaithFamily Ch 2.indd 36 24/04/2013 15 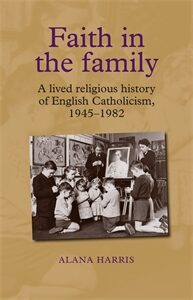 ‘A melancholy thing’
Abstract only
An overview
Elaine Farrell

Catholic. Since the average Catholic population between 1861 and 1901 was 76.1 per cent, as recorded in the censuses of Ireland,56 Roman Catholics appear to have been somewhat overrepresented in the sample. In Imperial Germany too, Catholic women dominated infanticide and infant abandonment statistics, which could, as Richter argues, reflect ‘the 013-047 DiabolicalDeed Chapter1.indd 23 30/01/2013 12:02 24 a most diabolical deed influence of Catholicism or the relative impoverishment and distinctive occupational structure of the Catholic population’.57 The attitude 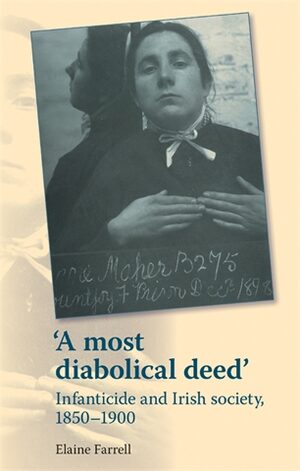 provinces, however, the social status, and more particularly the religion, of women candidates could prove an electoral liability. The Galway Pilot, for example, objected to the candidature of ‘two Protestant ladies’, in a city whose poor were ‘almost 99 per cent Catholic’. Since the women’s wards of the workhouse were in the charge of nuns, the Pilot argued, there was no need for ‘lady guardians’. According to a letter in the Galway Observer this was also the reason why no Catholic women had come forward as candidates.50 One of the results of the advancement of female 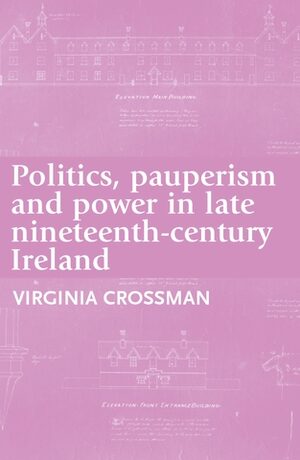 In her work on Catholic women writers, Jeana DelRosso identifies Louise Erdrich as one of several writers who address ‘the conflicts between Catholicism and their individual cultures with an internally divided attitude … that is informed in part by the fact that Catholicism was imported into those cultures through colonialism.’ 27 In Tracks and The Last Report, Erdrich makes the Catholic clergy the starting point for her interrogation of whether Catholicism’s colonialist function necessarily distances it irreconcilably from Native beliefs, or if the two might

empowered generations of Catholic women. However, the monopoly they held over teacher training ensured the delivery of a more uniform, more British teaching programme in Catholic schools. This congregation espoused a strong ultramontane and British identity; this was passed on to their students and so in many ways they were Anglicising Catholic culture in Scotland. This process continued with the establishment of Scotland’s first Catholic teacher training college at Dowanhill in Glasgow. The committee responsible for organising it included 134 Creating a Scottish Church

Bavaria Leaders of Catholic women’s religious institutes managed the activities and internal affairs of their congregations and orders. Their governance structures had some parallels with the Holy See’s hierarchical structures, with its centralised authority. Religious institutes were political cultures with much of the major decision-making in the hands of a small group, an often elected (sometimes for life) female leader and her four or five assistants. As political cultures, they were shaped by social class hierarchies and the practice of religious obedience. 26