War intensified suspicion of communists, especially foreign communists, as potential traitors. In the USA, even homegrown communists were suspect. Veterans of the Lincoln Brigade (VALB) who had been in the OSS and the key to OSS success in Italy because of previous relations with Italian communists in Spain, were recalled in 1945. As the ‘red scare’ of anti-communism intensified and the USA drew closer to the Franco regime, so the Lincolns became the target of witch-hunts. Meeting a former OSS comrade who had been wounded in North Africa, Irving Goff quipped, ‘Here

on the other called on church and state leaders to adopt a less one-sided approach to peace. Though holding little affinity with the radical liberationists, Cardinal Tarancón in Spain had earlier in his career offended the Franco regime by speaking up on behalf of the workers. By the late 1960s he had come to the conclusion that whilst the Church’s early support for Franco was an understandable reaction to republican persecutions in the 1930s, this had led it to side all too easily with the victors in the civil war. Consequently in 1971 he

country was heading the same way as Greece, steering from above was called on once again. Spain is undoubtedly a more plural, modern, democratic and prosperous nation in 2018 than it was in 1978. The same claim was made in 1975 in relation to 1939. Symbolic and financial investment by the Franco regime in commemorating the ‘25 años de paz’ (twenty-five years of peace) in 1964 provides a textbook example of a broader phenomenon, articulated as follows by Michel-Rolph Trouillot: 25 ‘Celebrations straddle the two sides of historicity. They impose a silence upon the

dictatorship), but the premiere was a Catalan ‘happening’. Attended by politicians, intellectuals and artists, its closing credits were followed by a recital of the Catalan national anthem, ‘Els segadors’, banned under Franco. 9 The title and theme of Ribas’s film could not have been more apposite. As Ramón Resina surmises: ‘To be again someday, Barcelona had to be, in the long decades of the Franco regime, a remembered city.’ 10 Rebel city credentials were the product and cause of a burgeoning counter-culture, and yet an ethic and aesthetic rooted in what

Brittany and Corsica put to bed the myth of the unitary Jacobin state (Nicolas 2006; Elias 2006; Loughlin 2007). In Spain, in the aftermath of the centralising Franco regime, nationalist parties were resurgent in the autonomous communities of Catalonia and the Basque Country, demanding greater regional autonomy (Conversi 1997; Moreno 2005; Pallarés and Keating 2003; Guibernau 2006). In Belgium, regionalist parties in Flanders, Walloon and Brussels pushed for the federalisation of the state to accommodate a complex system of community 3446 Using Europe 16/4/10 12 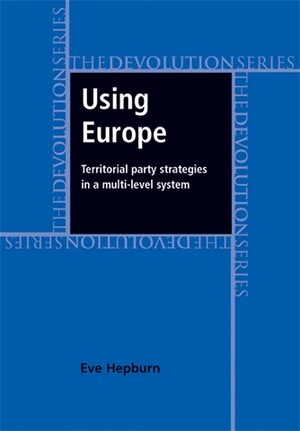 absence of these aspects at the beginning of democracy, rigidity was attributed to the persistence of laws and practices inherited from the Franco regime. The situation changed in 1987 130 Making work more equal when, for the first time, the Labour Force Survey published information on the level of temporary employment and estimated the temporary employment rate at 17.7 per cent. Suddenly, Spain had gone from being a country with rigid employment to being one of the most advanced countries in terms of the use of flexible forms of employment. The official explanation

of the curiously and quite expansively industrialised Spanish economy under the Franco regime had to be transformed and renewed in the context of the industrial crisis of the 1970s and 1980s – and how a system of social dialogue had to be constructed in very politically challenging circumstances. Within this context, a form of social ­dialogue – that somewhat broad term – and political exchange emerged that was able to configure a relatively coordinated set of joint regulations and regulatory processes in terms of employment conditions. Within this context there

be interpreted as a pre-​emptive retort against those who decry the popular: the cines de barrio were a natural habitat for plumbers, and programmed with their tastes in mind. In the later decades of the Franco regime, there was greater variation in prices in different cinemas than there is today, with tickets costing anywhere between 5 and 20 pesetas in 1965 (Barreiro 1999: 45). Popular films had sufficient commercial clout to premiere in city-​centre cinemas before being transferred to the kind of fleapit or neighbourhood cinemas that Almodóvar has paid homage to

s and 1970s, Spanish film musicals and television programmes created several variations on this female stereotype. Even Massiel, the singer who won the Eurovision Song Contest for Spain in 1968, could be regarded as an updated version of a copla singer, adapted to pop music. She became one of the most famous stars in Spain due to her victory, which was portrayed as embodying the spirit of Spanish patriotism.7 Although they shared billing with the country’s folk-­ culture heroines, the leading male figures in the Franco regime’s nationalistic, television

’s Labyrinth came from’, and notes that he wrote it both while he was filming El laberinto and during post-production. It is interesting to look at del Toro’s notebook included in the published shooting script for El laberinto, as single pages have written and pictorial ideas for both films (del Toro, 2006). Many of the differences in storyline are dictated by the contexts in which the two films were made. El laberinto, a film which celebrates resistance to the Franco regime, is more political in nature than would be acceptable in a US summer superhero movie; nevertheless