first printed in 1664, her state-political poems, on members of the royal family and events of the Civil War, Interregnum, and Restoration, were all placed at the beginning of the volume – suggesting that Philips should be read as a poet writing on matters of political significance.2 For Margaret Cavendish, the two major editions of Poems and Fancies in 1653 and 1664 each have strongly competing claims both to textual authority and to the more resonant political moment. While 1653 is 318 Textual introduction usually prioritised as the first iteration of Cavendish

lips and the name of the band displayed as ransom letters across her face. 11 The artist and left-wing political campaigner Artist Taxi Driver satirised public and media reaction to Prince George's birth by referring to her as the ‘hairy goat-legged Queen’, galloping around the hospital as Kate Middleton births the dynasty's next ‘spawn’. 12 The conspiracy theorist David Icke claims that the royal family are shape-shifting reptilian aliens, part of a secret global

‘I am Invictus’
Abstract only
Masculinities, ‘philanthrocapitalism’ and the military-industrial complex
Laura Clancy

class – at once. Although somewhat useful for reinforcing notions of a (royal) family with a difficult, unruly child, representations of Harry's ‘laddish’ antics were described by the journalist Antony Barnett as ‘highly embarrassing for the royal family’, and his behaviour is constructed as countering the ‘moral and respectable’ Family Firm. For example, after he smoked cannabis, one national tabloid columnist branded Harry a ‘thoroughly horrible young man’ and a ‘national disgrace’. 30 The royal

understands the power of the press and photography particularly. While other members of the Royal Family are happy to let their PR people make all these decisions, Meghan is not. 9 Likewise, in the Sun , the journalist Emily Andrews claimed that ‘Maverick Meghan Markle is the “new Diana” with PR tactics … defying stuffy palace bigwigs’, directly contrasting the ‘stuffy’ Buckingham Palace staff with Meghan's celebrity credence

community. The votive inscriptions which are the major guide to patronage at this time, carry a smattering of references to donations by local rulers such as the Satavahana dynasty and what might be described as the local aristocracy – erstwhile chiefs of clans now moving into positions of administrative importance and marrying into royal families. The major monasteries were either rock-cut monasteries, clustered around the passes on important trade routes commanding the descent from the plateau of the Deccan to the trading centres of the west coast, or else the

individual images of the Queen were employed to make particular arguments about the colony. Beyond her malleability as a symbol, the most important thing about Queen Victoria in Victoria was her absence. The Queen never visited Victoria nor indeed any of her other overseas colonies. Alfred was the first (and, for over a decade afterwards, the only major) member of the British royal family to visit Britain

Java’s courts emerged from the seclusion of the palace to offer gifts jointly with their husbands and also in their own name. Women’s gifts were costly personal items for female members of the Dutch royal family. For example, the golden cart shaped as a Garuda presented to the young Princess Juliana was expressly given in the names of both Paku Alam VII and his consort, Retno Puwoso, who was a daughter

Reichenau and its amici viventes
Abstract only
Competition and cooperation?
Régine Le Jan

The deathbed ceremonies of Louis XV, May 1774
Abstract only
Anne Byrne

case in 1774, there was a significant unresolved and contentious political issue which divided not only the nation but also the members of the wider royal family: namely, the Maupeou Coup of 1771. What is more, the king was dying of smallpox, an illness controversial in its own right. The deathbed of Louis XV brought together political, religious and medical controversy with the added element of strong emotional engagement with the death of a monarch, and family member. At the heart of this chapter lie the religious ceremonies that framed the passing of Louis XV and 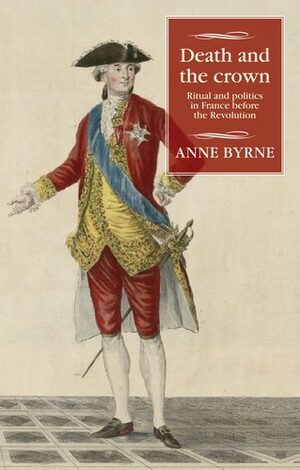 in Death and the crown

arrangements in the Great Hall, the royal chapel, and the somewhat new Banqueting House. He moved silently and sometimes noisily through this space certain that he and the royal family were approaching a monumental occasion of things new-born. According to John Chamberlain in a letter of 11 February, the authorities had already spent £6,000 for the planned fireworks and sea fights for