whose goals were not necessarily so ethical or humanist. From 1920 to 1946, France, having been granted its Mandate over Syria, was in a position of colonial hegemony there. It therefore intervened decisively “on behalf of Christians,” by creating a state tailor-made for them: Lebanon. In doing so, it set about dividing up the subjects of the former Ottoman province on a religious basis (Alawi, Druze, Christian, etc.). France, world heavyweight champion of secularism, was doing abroad the opposite of what it preached at home. It may seem as

Questions of sex were central to Secularism. Even those Freethinkers who desperately sought respectability for the movement found it impossible to avoid the subject, for irreligion was irrevocably linked in the public mind with sexual license. Moreover, the Freethought movement had, since the beginning of the nineteenth century, been home to some of the leading advocates of sexual liberty, birth control

that of a football match complete with rival teams of supporters to cheer on their respective sides. When Rev. J. H. Gordon lectured in Darlington on ‘The Gospel according to Secularism, and Secularism according to the Gospel’ he allowed Law time to reply, and ‘A great crowd had gathered in the knowledge that Law was to attend this lecture ... Mrs Law ... was loudly applauded by her partisans on entering the hall, as were 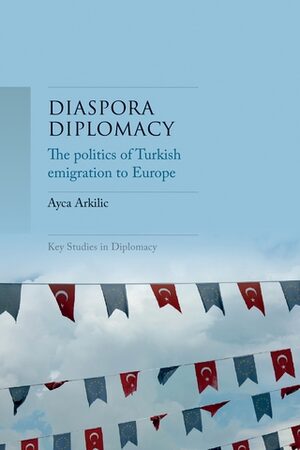 Secularism: tackling a demonized concept In their call for the depoliticization of Islam, Arab liberals spoke out in favor of secularization. But what did they mean by this term? Western scholars such as Charles Taylor and Bryan Wilson defined secularization as a process that changed a society in three ways: it freed the state and public space from the dictates of religion and shifted power from the religious establishment to the political system; it signified a decline in belief and religious practice, and an embrace of humanism and compassion; and it

tentatively and briefly aired for indicative purposes and in the hope of stimulating further thought. The following remarks address three areas of debate in which the idea of impartial perfectionism has purchase: relations between EU level and sub-units; cultural compatibility or incompatibility and entry criteria; and political secularism. First, in an EU embodying impartial perfectionism, existing sites of social and cultural association and significance (not only the member states and subnational regions) would retain their cultural autonomy, just so long as their

approach that examines the spiritual lives of Muslims, particularly in contemporary France. One finds throughout her work (in the form of monographs, essays, media interviews 86 86 Secularism, Islam and public intellectuals in contemporary France and blogs) a consistent interest in three aspects of Islam: what Babès refers to as la foi, le rite and la loi: faith, rituals (practices) and religious law. Spirituality, affect, passion In Babès’ earlier works one finds a consistent examination of the notions of faith and spirituality and how this is experienced in ‘lived

Historians have characterised Freethought as a largely masculine affair. The low levels of female involvement led David Nash to conclude that ‘When looking at the role of women ... in secularism the historian is struck by their sheer absence.’ 1 Yet organised Freethought did boast a small but active number of women who gained prominence as lecturers, journalists and authors, while research into

secularization theory’, is that which suggests Ireland has entered the ‘post-­ secular age’. In an oft-­quoted speech delivered at the inauguration of structured talks with Churches, faith communities and non-­confessional bodies in February 2007, Bertie Ahern condemned ‘the aggressive secularism which would have the state and state institutions ignore the importance of [the] religious dimension. Ireland shares in the inheritance of over two thousand years of Christianity’, he said, ‘this heritage has indelibly shaped our country, our culture and our course for the future’. It