the expense of the common good in favour of private, corporatist or client interests. In this sense, corruption is an abuse of power because it subverts approved mechanisms for the conduct of public affairs, and it enables private actors to secure preferential access to public resources such as contracts, finance, decision-making and information.4 It involves a distortion of legal procedures creating a ‘black market for resources over which politicians and bureaucrats have allocative power’.5 When corrupt behaviour is especially widespread, it can permeate numerous 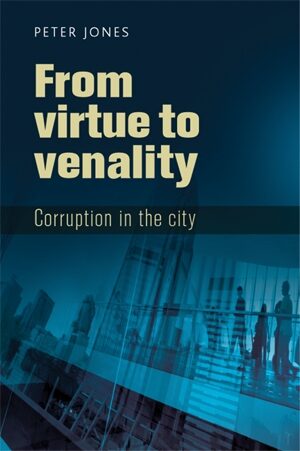 . It gradually 16 Mainstreaming co-operation found its concrete application with the implementation of the universal suffrage (whose extension to women first occurred in the UK in 1918), and with a body of rights embodied by the UN Universal Declaration of Human Rights and by the constitution of virtually every country in the world which, in addition, establishes the idea of ‘three powers’ (executive, legislative and judiciary) of modern nation-states as a way to protect citizens from the abuse of power. We should remember that cooperatives’ emergence has often

Conclusion
Abstract only
The future of Chinese marginality
Wing-Chung Ho

state of exception with increasing numbers of people being  reduced to homines sacri. Although Xi Jinping has repeatedly emphasized  the importance of “ruling the country in accordance with the law” (yifa zhiguo, 依法治國) and the “dream of [implementing] the constitution” (xianzheng meng, 憲政夢),2 respect for human rights in China has worsened since Xi became national leader in 2012. The regime has recently stepped up its abuse of power, using violence and arrests to repress human rights lawyers and grassroots labor activists. For example, in the week from July 9, 2015 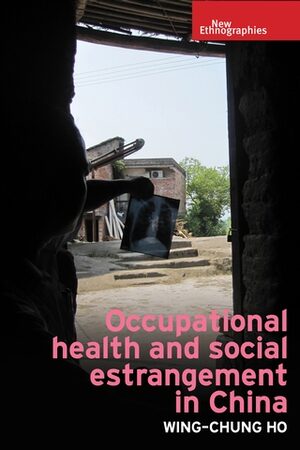 in Occupational health and social estrangement in China

). As Jeff Ferrell noted ( 2019 ), resistance by its very nature has the potential to become subsumed within existing orders, while its exponents can sometimes lack progressive or reformist ideations. As cultural criminologists have observed ( Hayward and Schuilenburg 2014 ), resistance-to-power has also sometimes been symptomatic rather than fundamental, distracting from the broader, structural issues at play. From an epistemological perspective, wherein ‘terrorism’ constitutes a form of resistance, albeit one often characterised by the abuse of power, I

a warrior function’. 4 In Shakespeare’s tragedy, ruse participates in a dynamic of detour or deviation, so as to indirectly resist abuse of power and bypass the proclamation of outlawry. As such, it comes very close to the Greek notion of metis , that is, ‘cunning intelligence’. 5 In King Lear , the dynamic of deviation is set in motion by nearly instantaneous transgression (the

neither to speak of him, entreat for him, or any way sustain him’ (3.3.1–5). The threat of ‘perpetual displeasure’ announces the abuse of power leading to his expulsion. A couple of scenes later, as Gloucester is about to be atrociously tortured, he confesses: ‘I am tied to th’ stake, and I must stand the course’ (3.7.52). Ironically, the bear-baiting metaphor echoes what he himself had in store for his own son when he planned

power-crazed psychopathic business world of ‘War Crimes’, but with the unsettling awareness that this is no longer fantasy. Carey paints a vitriolic portrait of social decay and disintegration, the collapse of communal ethics and the sheer rapacity of the business world consequent upon the global market economy of the late 1980s. As in Bliss , he links together two areas of urgent concern, rampant capitalism and child sexual abuse. Abuse in the family is seen in relation to wider failures of social responsibility manifest in the corrupt abuses of power and wealth in

too much. Its not just that people may hold differing visions of the good life. Even within a particular vision, a distinctive role exists for law and the legal and political system as mechanisms for facilitating social interaction and protecting against abuses of power: for example, by managing discussions over how best to achieve agreed goals and ensuring the appropriate administration of the distribution of goods on which

rights and freedoms; the danger of information sharing between Canada and other countries; absence of a robust oversight mechanism to avoid abuse of power; amendment of the Non-Disclosure of Information – Canada Evidence Act, section 38.04 to allow open proceedings; Terrorist Financing Offences relating to terrorist financing (Criminal Code sections 83.02, 83.03 and 83.04) were

Safeguards or infringement? Counter-terrorism policies, the state and civil society in Pakistan
Abstract only
Zoha Waseem

insecurity amongst the people residing in that vicinity and the public in general and sparked countrywide outrage against the abuse of power by the wealthy people in Pakistan.” Based on this CS petition, the apex court nullified the decision of the High Court, restoring terrorism charges against Jatoi. The decision by a select group of CS activists to rely on counter