scramble for the bomb, and the world became a more dangerous place. As the Cold War crept into being, nuclear weapon tests flung carbon-14 and other isotopes into the global atmosphere, and trees locked away some of these radiation residues with each growing 264 Nature season. The charred stumps within Hiroshima’s blast zone began to thrust out fresh buds. Six ginkgoes recovered. While the blast had destroyed their foliage, their underground root networks endured. These trees became known as hibakujumoku – the A-bomb survivor tree – and Hiroshima regrew and recovered

, who was lame in one leg. During a childhood game he missed his footing, grabbed hold of the waterwheel in the family mill, and went spinning around it, the electron around the nucleus, the individual, now on a new trajectory. There’s a strong connotation of post-war Europe to this Hulme photograph, but also of post-bomb Hiroshima. Epping Walk Bridge, the site of the famous image of Joy Division captured by Kevin Cummins in January 1979, speaks to the idea that Manchester is now a post-industrial, Cold War city. This idea has become a lightweight trope in many ways

Rorty, conversation and the power of maps
Abstract only
Trevor Barnes

. The cartography of apocalypse The third case of Bunge using cartography as novel geographical re-description was perhaps the most difficult, certainly the most haunting and chilling. The aim of Bunge’s (1988) Nuclear war atlas was to re-describe the geography of nothing: the world after the bomb. The bomb was a menacing presence from early on in Bunge’s adult life. He was seventeen when Enola Gay dropped Little Boy on Hiroshima and twenty-two when he taught ‘nuclear war’ at Camp McCoy. From then on, he experienced the continual existential threat of Cold War

cities across the continent. A dismal science that draws on the medium- and long-term imperatives of a utilitarian calculus to make a case for the rationalisation of the future African metropolis. If cities in Africa can be made to look more like the successful engines of growth in other parts of the world, then majoritarian prosperity and economic development (however benefits are distributed) will follow. In the post-Cold War decades, such science may have escaped the juxtaposition of development models that owed their legitimacy either to 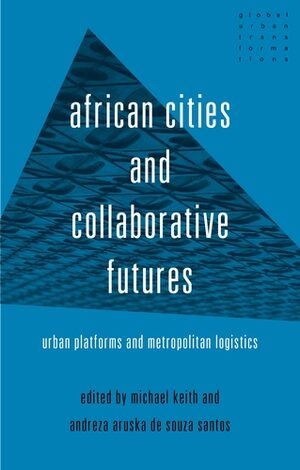 (‘big-D’ development) and its counter narrative (which can be characterised as ‘little-d’ development). ‘Big-D’ development can be understood as a post-Second World War project of intervention in the ‘Third World’ that emerged in the context of decolonisation and the Cold War, and has been continued with globalisation ( Hart, 2001 ; McMichael, 2011 ). ‘Little-d’ development has developed as a counter narrative that focuses on ‘post-development’ with an emphasis on non-intervention ( Escobar, 2008 ; Jakimow, 2008 ). The comfort gained from taking non- reflexive

‘The fineness of things’
Abstract only
The deep mapping projects of Tim Robinson’s art and writings, 1969–72
Nessa Cronin

artwork from this period took on the sombre mood of the city, which was then a ‘Cold War city unstably encamped on the ruins of its recent past’. His works ‘took a turn into nightmare’ where ‘atomic bombers flew in at the window, skeletalised birds fell through a lethal sky, monstrous creatures crawled in the sewers of towering “cities in a vacuum” ’.50 Robinson’s first exhibition as Timothy Drever was in a gallery owned by the ‘fantastic realist’ Ernst Fuchs, who was according to current legend ‘subject to visitations from angels who periodically commanded him to

value of literary works. The emphatic documentary style tended to diminish or even hide the authors’ attempt to address traumatic experiences. In the reception of these works, the emotional features of the narratives, often referring to underlying traumatic events, appeared as elements that reduced the credibility of the narrative. Furthermore, until the end of the Cold War, the reception of such works tended to diminish the trauma narratives of border-crossers. The border-crossers were seen as ‘heroic survivors’, and there was no space for a discussion about their

of knowledge of their history, of their right to apply for asylum, or of the national and international wars and famines that have motivated them, or their aspirations for work and security in a safe environment. As Andrew Hammond ( 2018 ) has argued, the enthusiasm that greeted the end of the Cold War now seems distant. The fall of the Berlin Wall and dismantling of the Iron Curtain promised a more inclusive and united continent, as signalled by the EU's eradication of internal borders by the terms of the Schengen Convention of 1990. Yet the