Clear All
Download Citations
Page:1234567891011 ...
The crisis in Swedish Social Democracy
Abstract only
Paving the path for a new identity
Christine Agius

embedded Social Democratic norms and institutions would lead to the eventual questioning of neutrality, which is a strong part of the SAP ideology and value system. This rupture or ‘crisis’ of Social Democracy contained strong implications for the reconsideration of neutrality policy. Although its sources and causes are disputed amongst academics, as discussed below, the essential point is that the

and are far from effective in preventing the violent imposition of one legal frame over an alien context that counts as “non-​law” –​an imposition that regretfully continues to occur every time democracy gets forcefully “exported.” However, the factual persistence of a violent imposition of the law of one place over the social life of another place bears no more normative significance than the persistence of car theft can be counted as counterevidence against the merit, desirability, or legitimacy of property laws. Crime, ineliminable though it is, is to the

the example of torture: in liberal democracies, torture is prohibited notwithstanding questions of its (in-​)effectivity. Human dignity, including the criminal’s dignity, is to be respected unconditionally. Benjamin’s move now is to expand the scope of Kant’s transcendental argument to the entire register of legally sanctioned violence: police and prisons are illegitimate independently of the ends they serve, because they are structurally incapable of treating human beings as ends in themselves.11 100 100 Responses Kant’s claim (which Menke adopts), according to

basic question: what is the communality of each of the various entities in question anchored in? In the Kantian theory of democracy, the law-​generating community is usually the “community under law” as the identity of the addressees and authors of the law; political conceptions of the community, by contrast, often posit the polity as its basis. When endowed with substantial content, these conceptions give rise to the adoption of homogeneity requirements and create situations of exclusion. Tying the law to homogeneous communities in this manner is the point of

naturally their due, their spirit will be eminently conservative and anti-​democratic” (A. de Tocqueville, Democracy in America, trans. A. Goldhammer (New York: Library of America, 2004), 304–​305). On the anti-​democratic character of the rule of law (and its legitimation in the legal philosophy of liberalism) see M. Walzer, “Democracy and Philosophy,” Political Theory, 9 (1981), 379–​99. For a neat example, note Dworkin’s assertion that “the courts are the capitals of law’s empire, and judges are its princes”; see Dworkin, Law’s Empire, 407. 23 R. Cover, “Nomos and

a landmark in Swedish political history. The publication of Ralf Edberg’s Skuggan av ett moln ( The shadow of a cloud ) became to the Swedish debate what Rachel Carson’s Silent spring was in the US, and it triggered a discussion within the Labour movement on the conflict between growth and intangible resources such as clean air and water. 4 The growing discussion on economic democracy 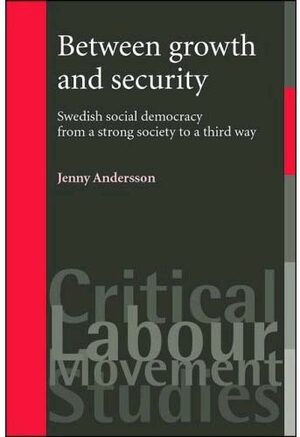 ’s combination of neutrality and Social Democracy defined Sweden as a specific type of active neutral, one which went beyond the ‘good offices’ label commonly associated with neutrals, and was interested in translating Social Democratic norms and values to the international arena. As the constructivist view holds, identities are fluid, and can be transformed by a variety of internal and external phenomena