In the poem ‘The haggis’, composed by Robert Francis, a Scottish poet in New Zealand, several ethnic groups were linked to particular national foods, including the English with plum pudding and roast beef; the Welsh with leeks; the Irish with potatoes; the Spanish with garlic; the French with ‘froggies an’ slimy, crawly snails’; the Italians with olives; and the Germans

attracted the attention of historians of Roman Catholicism. The Canadian Catholic Church’s efforts to attach itself to organisations such as the St Patrick’s Society and the Hibernian Society in 1850s Toronto have been seen as an example of a Catholic attempt to fuse Roman Catholicism to an Irish ethnic consciousness. 4 Historians of Anglicanism have so far said little about the Church of 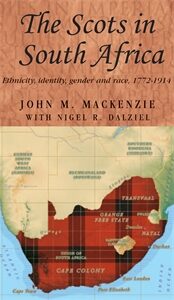 part of New Zealand (the West Coast of the South Island) lacked a sense of ethnic identity. This situation arose, according to Lyndon Fraser, due to a dearth of discrimination. As he puts it, the ‘absence of entrenched anti-Irish élites militated against the rise of sectarian animosities and the development of a strong ethnic consciousness’. 12 In Fraser’s outlook, then, ethnic

ethnic cleansing which occurred at the end of the conflict built upon a system of transportation which had developed hand in hand with the imperial internment system during the course of the war. Germans living not simply in British territories but anywhere in the world to which British power reached, especially through the Royal Navy, faced deportation and incarceration. While most people experienced internment in the territory where they lived, others could face transportation thousands of miles to lands they had never seen before. The post-war deportation moment

and Scottishness in New Zealand and, when it was experienced, did not necessarily lead to the articulation of an ethnic consciousness. While the Irish ethnic press and ethnic associations drew on political motifs, and in this sense differed from the Scottish ethnic press and ethnic societies which were predominantly cultural in their emphasis, this engagement with political matters was generally directed towards

Beyond Amritsar
Abstract only
The Indian Army and the fight for empire, 1918–20
Kate Imy

Anglo-Afghan War and the Amritsar Massacre – two symbols of imperial insecurity and violence that emboldened anticolonial activism. This was made all the more complicated by the theory of the ‘Martial Races’, which shaped army recruitment by combining religious beliefs, region of origin, ethnicity and physical stature to define the perfect soldier. 4 Pre-war British leaders often believed that faith was a good signifier of future loyalty, especially for communities like Sikhs. However, the Amritsar Massacre occurred in

– than an expansion in the possibilities of extending help to others, including, for almost the first time in history, people suffering misfortune who did not belong to the same ethnic or religious group as oneself. 20 Haskell argued that the key impulse causing changes in conventions of moral responsibility was the rise of capitalism understood as a contractually based economy of exchange. Recent scholarship, notably that of Amanda Moniz, whose chapter in this

which local ethnic minorities were often targeted. In Cardiff's ‘Tiger Bay’ (Butetown) district, for example, during several days of rioting beginning on 11 June 1919, Australian soldiers awaiting repatriation were reportedly part of a large crowd involved in violent confrontations with the city's black population in and around that part of the city which had become known as ‘nigger town’. Both groups made liberal use of firearms and three people lost their lives. Similarly, violent incidents took place in June in Liverpool, where the Bermudan seaman, Charles Wooten

two communities from the late 1950s. British Liberal philhellenism, however, had taken a side and was oblivious to the events that had resulted in the ethnic cleansing of Turkey and Greece. The High Commissioner of Cyprus however, Malcolm Stevenson, although much maligned in the Greek Cypriot nationalist historiography as an advocate of ‘divide and rule’, implemented policies to protect the Turkish Cypriot minority against provocative Greek Cypriot enosis agitation. 9 While