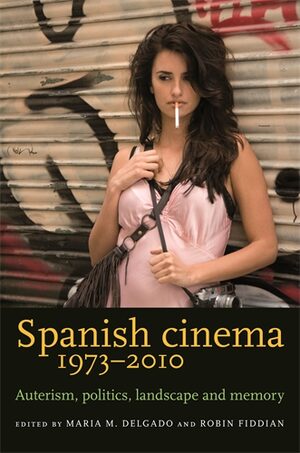 This collection of essays offers a new lens through which to examine Spain’s cinematic production following the decades of isolation imposed by the Franco regime. The films analysed in the volume span a period of some 40 years that have been crucial in the development of Spain, Spanish democracy and Spanish cinema. Two 1970s films by Víctor Erice and Luis Buñuel (El espíritu de la colmena/The Spirit

the subject of most of her films (Evans, 2004). Marisol was the darling of the Franco regime. She was the incarnation of simpatía, the smiling orphan who, like a Spanish Pollyanna, brought together feuding family members or danced her way through brightly coloured (with Eastmancolor) fantasy worlds.3 In the late 1960s she innocently sipped pink champagne with Francoist Dalí on his Mae West Lips sofa as part of a publicity tour for one of her musical extravaganzas. But in 1976 after the end of the dictatorship she sensationally posed nude in the magazine Interviú. A

from the old entrenched institutions of the Franco regime to the new forms of democracy. This transformation was occurring not only in the main core of political and economic power but also in leftist groups which, in turn, had to adapt to the new circumstances and were likewise not free of corruption. Another important example of literary adaptation to film is Eduard Mendoza

the 1980s only 15 per cent worked on the land ( 2002 ). The social cost of migration was nothing short of disastrous: as Eduardo Sevilla-Guzmán has shown, the Franco regime failed to take sufficient measures to help ailing village communities sustain themselves, and many were left crippled, with the regions of Extremadura, Andalusia and, most crucially, Castile most affected ( 1976 : 118). Indeed, it was in Castile that

the legacies of the Catholicism of Francoism still has the power to provoke explosive debate. In Chapter 2, Marisol’s body was seen as an archive, not just of the ways she was called upon to promote Francoism’s policies during the 1960s, but also of her exploitation under the patriarchal fantasy engendered by the Franco regime. If Marisol brings the representation of femininity under Francoism into sharp relief, Chapter 4 explored how masculinity in Spain is still labouring under the legacies left by Francoist patriarchal models. Chapter 3 saw the ways that the

Spanish Civil War, despite attempts to prevent its cinematic depiction within Spain during the latter years of the Franco regime and the pacto del olvido, continues to arouse great interest. Writing in 1993, Deveney predicted the death of films about the civil war: ‘as time goes on and as the Cainismo in Spanish society subsides, the theme may disappear from the Spanish screen’. (1993: 297) To add weight to his thesis, he then quotes Almodóvar: ‘I deliberately construct a past that belongs to me. In that past, Franco doesn’t exist.’ Deveney then suggests that ‘In

Spain. In the end, History of Frivolity won the Golden Nymph for the best director and was awarded the UNDA prize by the Vatican, which made it easier for it to be broadcast again in better times. The programme also won prizes in Montreux (the Golden Rose and the critics’ prize) and in Milan (best production). Thus, it fully achieved the objective of gaining international prestige but it did also mean that criticism of the practices of the Franco regime was seen for the very first time on Spanish television. As Chicho himself has stated, recalling History of Frivolity

revisit the past. If the Franco regime represented the institutionalisation of the Francoist victory (the 1939 Law of Political Responsibilities, for example, enshrined the criminalisation of all those who were retroactively deemed to have been Republican supporters), the Transition saw the 1977 Amnesty Law shield any Franco era crime from being brought to trial. The ‘spirit of the Transition’ was based 14 The child in Spanish cinema on a fear of a return both to the war and to the Second Republic which preceded it, but even as it allowed democracy to be established

’s present. But perhaps we also retain traces of Hirsch’s ‘not memories’, communicated in ‘flashes of imagery’ and ‘broken refrains’ transmitted through ‘the language of the body’ which are ‘precisely the stuff of postmemory’ (Hirsch, 2008: 109). The ellipses in the narrative give rise to a sense of ‘broken refrains’, stitched together rather like Memory and the child witness 97 the eponymous monster built by Dr Frankenstein. Here, too, Ana absorbs the horrors of the past (the Spanish Civil War and the represssiveness of the Franco regime) rather like a fairy tale and