Clear All
Download Citations
Page:12345678910111213
Neutrality and the politics of aid in insurgency
Abstract only
British relief to the Balkans, 1876–78
Rebecca Gill

enemy. 6 Though rarely stated so bluntly, relief to Christians became a practical expression of support for the Balkan insurgents, or at the very least a show of solidarity with the ‘oppressed’. Many such agencies proclaimed strict impartiality in the provision of relief – and congratulated themselves on a magnanimity 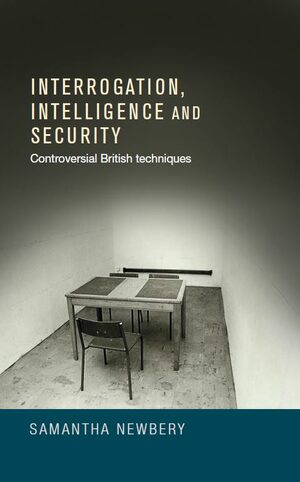 threats posed to its national security. This chapter aims to broadly outline India's unenviable track record with terrorism within its sovereign borders as well as provide a critical overview and evaluation of its response to the same. In what follows, I first discuss how the unprecedented overlap between terrorism and insurgency within the subcontinent represents a key challenge to formulating an understanding of terrorism and counterterrorism in this context. I then briefly discuss the emergence and evolution of key terrorist groups in the country before

Introduction Most discussions about terrorism in Nigeria – and, indeed, Africa more broadly – tend to be about the Nigerian-based group referred to as Boko Haram – and for good reason. Formed in the early 2000s out of a small religious sect in the northeast of Nigeria, over the years Boko Haram has become an increasingly violent force that evolved into a full-blown insurgency in 2009 – a year that is also notable as it marked the decline of a completely different insurgency in Nigeria's Niger Delta region in the south. Since then, sustained

suffered the brunt of the conflict. Minority insurgency struggles and their suppression through counter-insurgency campaigns by military-dominated governments have been fought out over a battlefield of civilian populations ( Lang, 2002 : Chapter 3 ). Over the decades, the direct and indirect impacts of ‘low intensity’ conflict have been pervasive and destructive, resulting in

Introduction The definition of terrorism used in this chapter interprets it as premeditated use or threat to use violence against civilian and other non-combatant targets intended to create broader intimidation and destabilization effects in order to achieve political goals by exercising pressure on the state and society . 1 This definition of terrorism excludes both the use of force by insurgent–militant actors against military targets and the repressive use of violence by the state itself against its own or foreign civilians. This author

brief history of Britain’s presence in what became the colony of Aden. Britain was eventually forced to withdraw by the nationalist insurgency it faced there, granting Aden State, and the Federation of South Arabia to which it belonged, independence in 1967. Debates about to what extent, if at all, Britain might have brought about a different outcome continue. While the historian R. J. Gavin argues that

period of nationalist violence and Ottoman counter-insurgency which culminated in the Russo-Turkish War of 1877–78. Here a hesitant NAS was joined once again by the Quakers, as well as by a number of temporary relief agencies directed and staffed by individuals familiar with the terrain and sympathetic, more often than not, to the cause of the insurgents. The advocacy of ‘moral interventionism’ in the