Lisbon Treaty issued in those same years, recalled the importance of fostering policy coherence for development. More recent strategies, by contrast, overturn the nexus, and exhort to make development aid functional to EU migration goals, first and foremost the curbing of irregular migration. For instance, the 2016 Partnership Framework on Migration – which builds on the Agenda on Migration and shapes 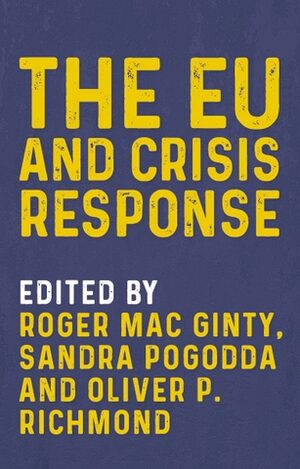 to Ukraine, and thus much of the rest of Europe, in the winter of 2006–7 because of a dispute between Moscow and Kiev over energy prices. For this reason, in negotiations on the Lisbon Treaty in 2007, Poland and other EE states pressed for the inclusion of provisions (Title XX, Article 176a) requiring EU solidarity in energy supply matters and calling for the creation of a more comprehensive EU

defense leaders and managers (Kříž and Chovančík 2013 , 49–52). There were a number of reasons that guided this important shift in emphasis. Following the Lisbon Treaty of 2009, there was a decision by all three states to take part in additional EU military operations. At that conference, the EU replaced the European Security and Defense Policy (ESDP) with renewed emphasis on

reconciliation and a Europe which has a direct impact on their lives – and when you speak with conviction and passion – you can get a response. That is the challenge for Europe’s politicians in the elections this June. Postscript Pat Cox retired from the European Parliament in 2004, but not from his interest in European affairs, which he carried forward in his work for the European Movement, and in the campaign for Irish ratification of the Lisbon Treaty. MUP_Hume_Peacemaking.indd 85 11/10/2013 15:25

investiture, he went to Berlin to meet the German Chancellor, Angela Merkel, thereby signalling the importance of the European Union and of the renewal of the Franco-German partnership (de Charette 2008 , 8). In order to reinforce France's role in Europe and its capacity to intervene for humanitarian purposes, the executive spent the first year of Sarkozy's presidency working on the adoption of a ‘mini treaty’, which became the Lisbon Treaty in December 2007 (Bozo 2012 , 261; Tiersky 2008 , 102). Even though the treaty was criticised for offering too

. The EU developed the European Security and Defence Policy (ESDP), subsequently called the CSDP under the Lisbon Treaty. On the other hand, NATO, which was created as a military alliance of collective self-defence, has enlarged the scope of its activities to the political realm, which entices Japan to enhance its relations with NATO. Michito Tsuruoka (2011) recommends that Japan should look at NATO as a ‘political partner’ – more than a military alliance – with which Japan should have cooperative relations. He brings it to Japanese

one side, and Colombia and Peru, on the other, could then indeed be initialled at said summit. Whilst the ratification of the agreement in the Council then proceeded largely without incident, the newly emboldened EP after the Lisbon Treaty nonetheless briefly threatened to block it. This had much to do with concerns over the human rights situation in Colombia, as MEPs were lobbied by Colombian NGOs and unions over the matter (Fritz 2010 : 7). Ultimately this was resolved by the Commission applying some pressure on MEPs to ratify the agreement

process of trade deals, but also due to the lack of transparency with regard to the terms of the inter-regional negotiations. It is worth mentioning that, especially since the entry into force of the Lisbon Treaty, the EP has been regularly informed of progress and has acquired more access to negotiated texts. Besides, within the Civil Society Dialogue parliamentarians may also contribute to the negotiations. None the less, although the EP has more competences than Latin American regional parliaments, when it comes to trade policies the EP continues to push for further