about authorship that recalls the works of the writer Paul Auster and the Basque author Miguel de Unamuno. In Unamuno’s Niebla (Mist, 1914) the protagonist’s vain search for the meaning of life leads him to confront Unamuno, who informs this character Augusto Pérez that Pérez has no control over his actions because he is fictional. Determined to prove Unamuno wrong, Pérez tries to commit suicide, but Unamuno kills him first by accidental food poisoning, only for the dead Pérez to return in A ray of sun: Lucía y el sexo 167 Unamuno’s dream that night and taunt the

Love, loneliness and laundromats
Abstract only
Affect and artifice in the melodramas of Isabel Coixet
Belén Vidal

excess, in which characters struggle to communicate their feelings in elaborate musings, off-the-wall dialogues, and small stories in which they reveal intimate secrets in indirect ways – an aspect that places Coixet’s films nearer to the literariness of Smoke (scripted by Paul Auster) than to the terse writing of Hartley or Jarmusch. The prawn joke that Ann (Lili Taylor) records in one of the videos

assistant for Robert Penn Warren and Cleanth Brooks at Yale again. Such a background p ­ oints – d ­ oes it not? – to a future career as a novelist: like Warren, John Cheever, Philip Roth and his contemporary Jane Smiley, he was a product of what Mark McGurl calls ‘the Program Era’.24 And others of his generation, notably genre fiction writers such as Stephen King, James Patterson, Kem Nunn as well as those somewhat snobbishly associated with the ‘literary’ end of the ­table – ­for example, Paul Auster, Richard Ford and Smiley ­again – ­all turned to the page as their 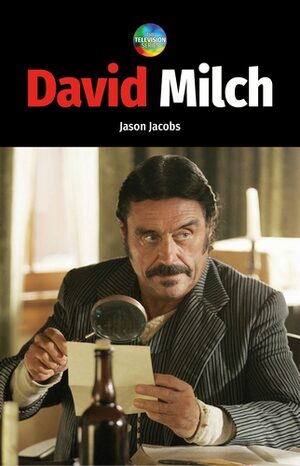 in its narrative and cinematographic approach. Iñárritu has stated that the links created by writers/ directors Paul Auster and Wayne Wang in the early network narra­tives Smoke (Wang, 1995) and Blue in the Face (Auster and Wang, 1995) were a key influence for his film’s narrative. He comments: ‘in Amores perros we had a similar starting point to the latter [Auster and Wang]: characters from different walks of life whom chance brings together’ (Lawrenson and Pérez Soler, 2001).8 Another source, unacknowledged by the team but often claimed by critics and popular

the end years of New Criticism sets him apart somewhat from novelists such as Philip Roth, Don DeLillo, Paul Auster and J. M. Coetzee, who tended to, at least in their early works, thematise the formal problems (in particular with narration, and the nature of a ‘character’ as an ontological entity driving storytelling) associated with poststructuralist concerns. Milch’s second inheritance from Warren came later but was in its formative stages as he transferred to an English Literature Major. In 1963 Brooks and Warren formulated and embarked on a project of mapping