4 Claims to legitimate authority and discursive attacks We don’t believe in the authorities anymore. When you say … ‘there, that’s the new administrator, everyone may clap but with a certain mockery …’ Him also, what is he going to do? (Peasant Union Member (no. 151) 2010) We could wonder about the role of that whispered language within the political system of unanimity. It is, to my mind, a way of softening the overwhelming and restrictive official language in order to make it more bearable; it is an antidote. Irony and humour are the weapons of the powerless

5 Non-​state actors and the quest for authority in Arctic governance The modern state, as discussed in Chapter 1, can be considered a relative newcomer to the cross-​border politics of the Arctic region. However, states have featured prominently in the preceding two chapters. We have come to see how advantageous positions earned by/​granted to states vis-​à-​vis other states matter for shaping the rules of the road in Arctic cooperative governance –​and ultimately shape outcomes. In this chapter, I seek to broaden the net to explore the positions of key non

The taming of nature, legitimate authority, and international order
Abstract only
Joanne Yao

accompanying technological innovations in transportation and communication, allowed the state to concentrate and centralize its workings. This centralization created what Andreas Osiander called ‘integrated economic circuits’ ( 2001 : 281) and what Barry Buzan and George Lawson describe as administrative functions that were ‘accumulated and “caged” within national territories’ ( 2015 : 6). In this process, Jordan Branch stresses cartography as a key technology that helped reshape legitimate authority from non-territorial and overlapping forms prior to the nineteenth century 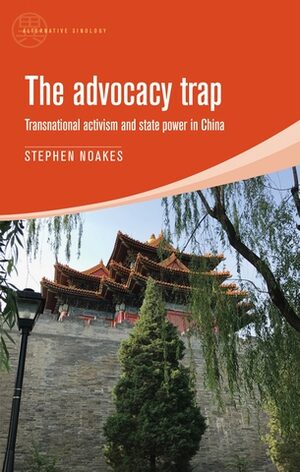 The first dimension of power
Abstract only
Violence, coercion and authority
Mark Haugaard

The first dimension of power is attributed to Dahl. We will expand upon it to include accounts of positive-sum power, authority, coercion and (in Chapter 3 ) contrast 1-D with deeper forms of 2-D conflict. This chapter builds upon the work of Allen ( 1999 ), Austin ( 1975 ), Barnes ( 1988 ), Clegg ( 1989 ), Parsons ( 1963 ) and Searle ( 1996 ). Routine power as agency In Dahl’s model an exercise of power takes place when an agent makes a difference in the world by making something happen that would not otherwise have happened if it were not for that agent 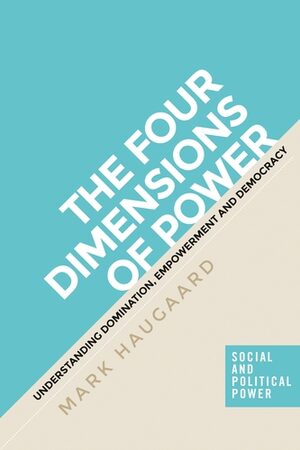 eastern periphery, but at the same time the river is a fluid conduit that could easily flow backward and bring political instability upriver. In the mid-1850s, the Crimean War illustrated Talleyrand's worries by demonstrating how untamed and uncivilized geographies at the mouth of the Danube can throw the entire continent into conflict. This chapter details the establishment of peace in the wake of that conflict and the creation of a European commission to ensure a civilized and rational authority controlled the mouth of the Danube and the gateway to Europe

dangers as a standard of legitimate rule for Ancient Rome as much as for nineteenth-century empires that competed for imperial control over the river. The Danube as a civilizing conduit between Europe and the near periphery relied on liberal understandings of the link between free trade, peace, and civilizational progress. Hence, a ruler's inability or unwillingness to control the river as an efficient highway for trade detracted from their legitimacy as a civilized and modern political authority. The second section details the specific case of the Danube delta and how

is by nature engaño , deceptive. The concept of deception infuses Spanish classic literature – Don Quixote being the most well-known example. With the GAL, Spanish authorities were deeply concerned by the possibility of being caught red-handed. If Madrid's putative involvement in the GAL was confirmed, the democratic credentials of the Spanish government and the Socialist Party would be seriously tarnished. The overall rule, therefore, was to operate under a strict policy of silence and official denial. From its inception and first actions in 1983 lasting up to

The ideal river
Abstract only
How control of nature shaped the international order
Author: Joanne Yao

, deterrence presupposes knowledge of deterrent measures by those the authorities seek to deter. Yet a common refrain among the people we spoke with was that they were largely unaware of key policy instruments such as detention and deportation. To improve ‘knowledge’ and increase awareness of these measures among people on the move as part of a deterrent approach would be to miss the point, however. We see a glimpse of the limitations of this logic in the extract above from the man from Ethiopia interviewed in Malta, who explains that, despite warning others of the 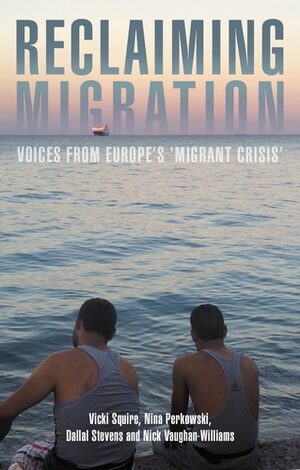