Clear All
Download Citations
Page:12
The West within the East
Abstract only
Israel as a role model in liberal thought
Uriya Shavit and Ofir Winter

alternatives such as Argentina, Uganda and Sinai, so long as the strategic goal could be achieved. The efforts to establish a state were divided into gradual and calculated stages, and they overtook Palestinian lands lump by lump, inch by inch and acre by acre. The Zionists were not concerned with questions of principles and rights, just survival, development and expansion. In contrast to the diligence and pragmatism demonstrated by the Zionists, Arabs relied on slogans, appealing to international law and morals. They failed to realize that the imperative elements were power

. As we see from the essays which follow, Human Rights, the Modern State, International Law and the World Religions have become counters in a new generation of political games. Their antecedents go back at least as far as the French Revolution, but they have taken on a distinctive form since the 1940s and were most recently shaped by the end of the Cold War. ‘Human rights’ and ‘religion’ in the modern arena Within the broad canvas of the modern Human Rights movement, Amnesty International has a fairly speciﬁc and some might say narrow brief. While religious issues

initiatives, not merely by media or public discussion. This sharply distinguishes the debate from a case of simple prejudice, and gives it a political and an epistemological edge that reflects an entire way of thinking about and understanding the world. This is important because there is an imperial European legal and political history of decisions about what constitutes the norm and the exception when it comes to dealing with difference. Though this debate has often taken place in the more abstract realms of politics and international law, its arguments remain similar and

an international human rights regime, many still regard the nation-state as the primary guarantor of rights and liberties. Both international law and transnational rights embedded in dual citizenship remain too underdeveloped and access too limited. Evolving supranational bodies like the EU, though they allow non-EU citizens to vote in local elections, do not yet have a developed citizenship regime, either political or legal. That renders unrealistic any post-national multi-ethnic citizenship as a credible alternative to the nation-state. Migrants of the postwar

, the platform states that ‘upholding the international treaties and agreements ensures stability in 56 Zionism in Arab discourses the relations of the countries and supplies a legal framework to resolve their differences’,113 while maintaining the latter option is embodied in the clause, ‘international law, much like the international treaties and agreements, supplies the means with which to examine the level of commitment of the parties to the treaties, and also allows for their reexamination in the case that one of the parties feels that the treaty discriminates

the wars against fascism and during the subsequent Cold War. After 1945, concepts and institutions of international law were applied at least rhetorically to the legitimacy of the use of force and the notion of war crimes. In Europe, the fall of the Soviet Empire after 1989 recreated states as well as granting new independence to existing ones. Their inevitable redefinition of identity encouraged engagement in a non-Communist vision of history. In many cases – such as Hungary, Poland, the Baltic States – this included the crusades. The simultaneous enlargement of

philosophy of John Stuart Mill, he opposed the call for campus cohesion as an underhand form of censorship. Instead, he framed pro-​ Palestine activism as grounded in rational principles of social Contested framings 17 justice, universal human rights and international law (Hanjra 2010a, 2010b). The university was invoked as an exemplary site for the expression of legitimate critical debate in which freedom of speech takes the form of the right to assert truth claims and to justify moral and political opinions. Conforming to the theoretical assumptions of classical

raised by the nay-​saying anti-​boycotters –​they say you’re guilty of double standards, you’re guilty of singling out Israel and really what lurks behind what you do is antisemitism … [But,] the standards of judgement are not those of antisemites, the standards of judgement are those of the universal categories of international law and human rights that we can all understand … The second main objection is that you boycotters, you oppose academic freedom and the advancement of science. In fact, boycotters are more committed and more serious about academic freedom and

be legitimate, such as the reduction to obedience of rebel subjects, or the obtaining of rights conceded by international law but unjustly withheld. Despite appearances, such wars were actually defensive, because they protected the state in question from injustice perpetrated against it by others. Once a ius ad bellum, a ‘right to war’, had been established, the fighting had to proceed according to the principles of the ius in bello, the ‘law of war’. As wars were military conflicts between states, armies could legitimately attack only each other, and it was not 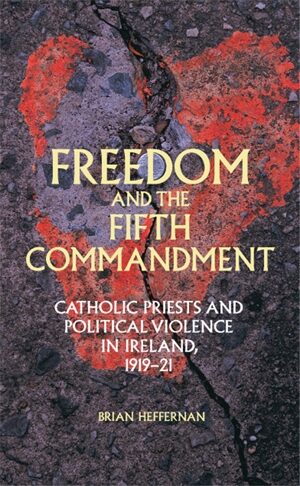 that I  try out new vocabularies for speaking of Palestine–​Israel politics in what follows. 44 Tragic encounters and ordinary ethics Theoretical neutralisation and distancing In the month that followed the Palestine Society meeting, I  encountered Laura again when the Society organised a settlement on the main street of the campus to mark Israel Apartheid Week. Behind a mock wall, scrawled with the graffiti, ‘illegal under international law’ and ‘humanitarian crisis’, there was a ‘Blue Territory’ limited to Palestine Society members marked with blue ribbons. Over