8 English women religious, the exile male colleges and national identities in  ­Counter-Reformation Europe James E. Kelly In 1598, the first English convent was established in Brussels and was to be followed by a further twenty-one establishments across Flanders and France with around four thousand women entering them over the following two hundred years. Most were enclosed convents, in theory cut off from the outside world. However, in practice the nuns were not isolated and their contacts and networks spread widely. These contacts included other Catholic exile

a multifaceted institution on a national scale that worked to secure and safeguard a civil society and a national identity that was distinctively Scottish. Gallicanism and ultramontanism in the Scottish context Much of the change that would shape Catholicism in Scotland during the nineteenth century was sparked by the migration of Catholic Irish, whose class, culture and imagined racial characteristics found little sympathy with Introduction 3 the native Scots.6 The differences that existed between Catholicism in Ireland and Scotland was a reflection of the

themselves to teaching. This chapter shows how women religious took female elementary education and catholicity in Scotland to a new level, and it is divided into two. It considers the role that women religious played in the development of Catholic education and examines how this was interlinked with the state’s ambition to reduce working-class radicalism and with Scotland’s emerging national identity. The first section outlines educational provision at mid-century and compares it to what existed on the eve of the Education (Scotland) Act of 1872. The second section

Erdmann, Runciman and the end of tradition?
Abstract only
Christopher Tyerman

. Medievalists of and from Scandinavia and the Baltic, some stimulated by the end of the Cold War and issues of national identity and relations with an apparently resurgent European community, could hardly avoid studying crusading in the later middle ages. In the territories of the Teutonic Knights, the emergence of Christian Finland and the consolidation of a royal and national Danish identity, the place of crusading institutions and motifs could not be ignored.61 Elsewhere, from the 1970s, a group, initially primarily of British historians, articulated refinements of the pre

send troops into Schleswig in February 1864, bringing war with Denmark. The clash filled the pages of Viennese newspapers, and the emotions it raised penetrated bourgeois society. 61 Unfortunately, while patriotism could bring unity to the Habsburg Empire, it could also drive wedges between people. Patriotic devotion to the Emperor and the principles of the multinational state might encourage people to see their principal loyalty as being to Austria and lead them to regard their national identity as a purely cultural matter. In places such as Tyrol, populated by

To the brink of power, 1889–95
Abstract only
Michael Carter-Sinclair

, political, and social values.’ 32 They were, rather, a Viennese instance of how, in the context of the franchise systems of the late Empire, scope existed for bourgeois activists to participate in politics. In Bohemia, for instance, national disputes made national identity a focus of a dissatisfied German stratum of society. The Christian Socials and their antisemitism formed a phenomenon that matched the particular political, social and cultural circumstances of Vienna. 33 Catholic priests and the early days of political antisemitism Among histories of the 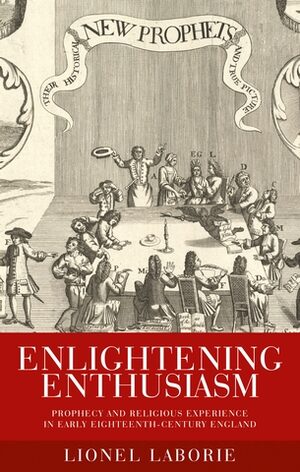