overcome the disincentives outlined above. But they were also closely tied to political outcomes. Emotions are not constant, but have been felt differently within different cultures and times. 43 Following two catastrophic world wars, the rise of the Cold War and the existential threat represented by nuclear weapons, by the mid-twentieth century international relations were front of mind for many otherwise ordinary citizens. In

, Chairman of Western Australians for Racial Equality, convenor of the Campaign for Nuclear Disarmament branch and Vice President of the United Nations Association of Australia. 25 Though such wide-ranging interests may not have been the case for all members, it is clear that Amnesty was deeply embedded in a broader world of campaigns and causes, while attempting to market its own approach to

, in turn, of commentary on French perceptions of New Zealand and its people. In New Zealand much of this commentary appears in works celebrating formal and informal ties between the two countries. Such studies balance or moderate the discussion of old rivalries (such as the race to colonise New Zealand) and more recent tension (notably during protests over France’s nuclear 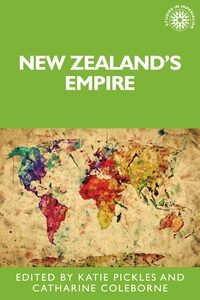 ’, while by the early 1960s ‘one in five’ Australians owned a car. Consumerism in general and suburbanisation mushroomed. Industrial relations were characterised more by stability and peace than instability and conflict. Excessive demand and periods of inflation accompanied by credit squeezes became far more characteristic of the economy than pre-war under-consumption and deflation. 81 Enhanced social stability and security, rooted in religion and the nuclear family, became the norm. It was within this context that

, when increased air travel required new international health regulations to stop the spread of disease, and when the threat of nuclear attack made the internal affairs of one country the immediate concern of another. 3 According to R. J. D. Evans, writing in The Times in 1959, a shrinking world was a world in which ‘most major issues – economic, political and military – [were] … universal in their import’. 4 But it was also one in which opportunities for real and vicarious travel increased the British public's ability to see and interact with the outside world 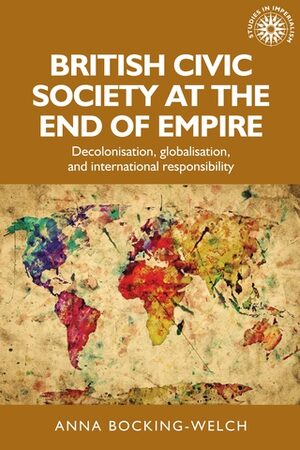 ’. 72 Macmillan's Partnership Plan was being introduced but with no partners. By including Cyprus, Searle shows he considered the ‘emergency’ on a par with the other crises. The Cypriot crisis, along with the other crises – a mixture of colonial (French Algeria) and postcolonial (Middle East) crises, with Cold War interests at play, including nuclear weapons – threatened to destabilise the fragile world order, represented in the cartoon by the three onlookers, US President Dwight D. Eisenhower, Soviet leader Nikita

suffered the most to build and protect Rhodesia, only to be abandoned by the white elite. Certainly, class shaped men’s experience of the war as well as their (in)ability to evade conscription. White male workers went to war in order to protect their racial and gender privileges, but their absence from industry while they fought in the bush further destabilised established labour practices and eroded the very colour bar they were attempting to uphold. The white nuclear family, held up as a barometer of progress, civilisation and stability by settler colonial

readers of The Times that the BCC had brought together Christians ‘to do some hard thinking about such things as apartheid in South Africa, British responsibility in Rhodesia, the control of nuclear weapons, Vietnam, [and] immigrants’. Their purpose was not escape, he argued, ‘but a more effective Christian witness in a strife-ridden and perplexed world’. 66 As Sansbury's list makes clear, circumstances relating to decolonisation dominated the BCC's concerns. Christian Aid was at the heart of the BCC's internationalist vision

group offered the opportunity to retain the association of some jobs with white respectability: white women. White women and the nuclear family Alongside immigration, biological and social reproduction was necessary to ensure the continued existence of the settler state. Family life was seen as central to strengthening and developing the colony, and this had important consequences for how white women’s roles were envisioned. Marriage and family life were thought to have a tempering effect on men’s excesses; white women were seen to engender stability and prevent

Rhodesia, unskilled men were invariably African. White male struggles around skilled work were struggles of differentiation from both white women and African men. Their demands were framed not only with reference to race and nation, but were gendered claims over the ‘rights’ of men to exist as sources of provision within the idealised nuclear family unit. White male workers generally opposed the employment of women on the basis that women represented a form of cheap labour that threatened to undercut their own wages, but also because they represented a psychological