Epilogue
Abstract only
On the rocks road
Andrew McNeillie

I start the steep climb Back the way I came Out of sight out of mind Out of mind into vision And I pass myself Coming back in silence The way not the same My step different Though not my passion For the Rocks Road. Do not ask life’s purpose But live every step of the road (The time it takes knows Nothing of distance or speed) In the world of matter And mind brought together As in making’s invention I write this for you: Call it ordinariness Call it best of all love As the walls ahead touch At their vanishing point And keep opening.

burgeoning English passion for unregulated capitalism. Manchester infirmaries provided arsenic treatments for conditions including rheumatoid arthritis, ‘neuralgia’, epilepsy, psoriasis and syphilis. An arsenic cure-all named Fowler’s Solution became popular in the nineteenth century, having been developed in 1796. These treatments occasionally supported recovery from parasitic and sexually transmitted diseases, but usually just slowly poisoned patients. Beyond the infirmary, those who chose to self-medicate with beer were also in danger. On 23 November 1900, two women

dreamt. On the wall, above where I sit writing, there’s a large enamel sign, salvaged from the cellar, which proclaims this the residence of James Kite, N.A.T.M. It displays a phone number traced to the early twentieth century, and in particular the time between the wars when paranormal phenomena, alternative therapies and spiritualism were fashionable passions. This street had been grand once, a tollbooth at the end remembered in the name of ‘Brooks Bar’ bus stop. Later, a time of bedsits and bad reputations as fortunes waned and fashions changed and Kite

‘passions,’ not fewer, is the answer. . . Rationality, once more is not a force to evoke against impulse and habit. It is the attainment of a working harmony among diverse desires” ( Dewey, 2008a , 136). Consequently, Shalin suggests that the theory of communicative action leaves out what pragmatists call embodied or concrete reasonableness ( Alexander, 1987 ; Rochberg-Halton, 1986 ; Shalin, 1992 ). Macke (1995) has similarly argued that Dewey’s concept of experience is not qualitatively or perceptively different from some forms of French phenomenology and

spite of the rigour of his research, there is an extraordinary lightness and poetic quality to the work. A few years after I had first read the volume, I was sitting in Tim and Máiréad’s snug library-cum-sitting-room (see Figure 14 in Chapter 5), when, on the shelf behind my chair, I noticed a number of editions of John Ruskin’s Stones of Venice. I should have made the connection earlier.The devotion to precision was the same, as was the elegant concision of the prose and the passion for the genius of a particular water-defined place. The first time that I met Tim was

Despite the occasional planning controversy, Hythe has the reputation of being a town where nothing much happens. In his 1900 account of the Cinque Ports, Kent-based Ford Madox Ford (named after his maternal grandfather, the pre-Raphaelite painter Ford Madox Brown) wrote that the pervading charm of the town is that of sleep … One is back in a century – some beatific century which one cannot name – where– nothing is hurried, nothing passion-worn, nothing strove, when everyone was at peace with his 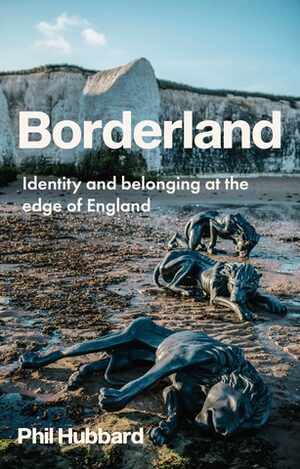 for Irish traditional music to venues such as the Point Theatre in Dublin and Madison Square Garden in New York, the bust has, in a sense, given the music back to the folk. The rigorous standards of Riverdance, with its military precision, has been replaced with the untrained voice at the bar singing ‘Take Me Home, Country Roads’ with passion, albeit in a varying key signature. The notion of authentic tradition is replaced by a concern for context and setting. As well as the tunes passed down orally – Irish traditional music tunes are learned by ear from other

into the task at hand. As Robinson found out when he retrieved his old artwork, the effort made in creating the various pieces was not wasted; instead, it prepared him for the challenge that mapping and writing about Inishmore would present. Almost exclusively in his work, the author’s voice is objective and somewhat reserved though pulsing underneath is great passion. Robinson’s style and personality result from his ability to incorporate and utilise aspects of his learning and experience, a combination that lends fluidity to what he knows, what he has experienced

cocktail of urban boosterism and commercial speculation coveted the land for waterfront living, new-generation office space, luxury apartments, spa hotels, concert venues and exhibition halls. These visions were moored to the passions of the Celtic Tiger. However, as is the case in so many places around Ireland following the crash, this is a vision that lies in tatters. On YouTube, a low-resolution film of the €1 billion Atlantic Quarter project proposed for the docks is amongst the lasting echoes of the boom.3 This computer-animated film of ‘Cork’s passport to the