Clear All
Download Citations
Page:1234
The global financial crisis of 2007–8 and its implications
Abstract only
Mike Buckle and John Thompson

crisis because it had such far-reaching consequences for our understanding of risk and the way it is managed in the financial system, as well as consequences for the regulators of the system. In examining the global crisis of 2007–8 we attempt to understand whether it was different from previous crises. We also explain the immediate response to the crisis from regulators and

and the regulators missed a series of opportunities to act. 17 The same year, a Greater Manchester nurse, Victorino Chua, was convicted of murdering two patients and poisoning twenty others by injecting insulin into saline bags. 18 These so-called ‘scandals’ reflect poorly on individuals, but also on the NHS, which promises to ensure a safe service of the quality that patients and their families are entitled to expect. 19 That the crisis at Stafford Hospital occurred at all is bad enough. That it occurred post-Bristol Inquiry indicates systemic failure. The

How to make a lobbying law
Abstract only
Lessons for states and lobbyists
Raj Chari, John Hogan, Gary Murphy, and Michele Crepaz

-wing governments may use the laws as a means to make their electoral base – which may have been demanding to see how corporate interests lobby ministries – happy. And both the left and right may seek transparency to help stop certain public bodies from being captured by private interests if this has historically been the case, as seen when some countries’ financial regulators were captured by banking interests and helped trigger the recent financial and economic crisis. A case in point in this regard is Ireland, whose financial services regulator was captured by major banks 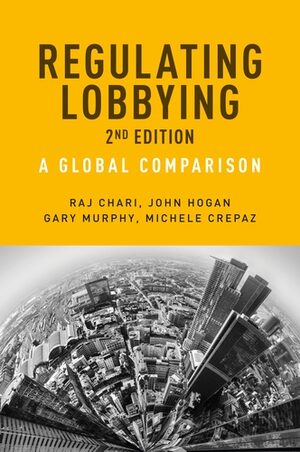 At its heart lobbying regulation revolves around the idea that lobbyists must register with the state, usually through an independent regulator, before they can engage with elected representatives and high-level civil servants. The rationale behind this is to impose some degree of transparency as well as a certain level of ethical standards and behaviours with which lobbyists are expected to comply. Such regulation will define which lobbyists are regulated and which organisations may be exempt from having to register with the state. The amount of

with guidelines for its implementation. The second level is where the technical detail is prepared. In the third level national regulators coordinate the regulations with other nations. The fourth level is concerned with the compliance and enforcement of the new law. Consequently, for the most recent directives we are able only to comment on the general principles, as the detail

responsible for detailed rule setting, policy coordination and coordination of supervision of the individual firms within their respective industries. Their relationship to national regulators is interesting. They have the right to issue guidelines and make recommendations to local supervisors and, in the event of these being ignored, they can ask the European Commission to issue

financial markets in the UK, including the degree to which they conformed to the efficient markets hypothesis. It is generally believed that any financial system requires a degree of control exercised by a regulatory authority, which may or may not be the government. In any case the regulator will require enabling legislation defining its powers, even if it is not an arm of the

about the impact of fracking for shale gas, after Britain’s advertising regulator found that the claims made could not be backed up with evidence. The Advertising Standards Authority ruling related to a fundraising leaflet that said that fracking increased the risk of cancer and asthma for local residents and would cause water contamination, plummeting house prices and higher insurance bills. The Charity Commission dropped an investigation into the claims after the environmental group told the regulator they had been made by its non-charitable arm. Does lobbying 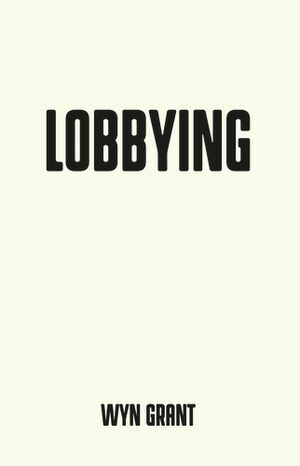 , it is worth considering what is generally meant by the term lobbying regulation . A fundamental dimension of lobbying rules is that lobbyists must register with the state, usually an independent regulator, before contact is made with elected representatives and high-level civil servants and officials who they target. The legislation defines which lobbyists are regulated (such as consultancies, in-house corporate lobbyists, NGOs and professional associations) and which organisations may be exempt from registration (such as charities; lawyers, or accountants). The

of €120bn in 2000 to almost €400bn by 2007… By the end of 2007, total loans and advances to customers stood at over twice GDP, up from 1.1 times GDP in 2000’ (Nyberg, 2011 :12). Banking profits grew enormously too. Anglo for example reported an 826 per cent rise in after-tax profits between 2000 and 2007, and it ‘was widely admired domestically and abroad, and lauded … as a role model for other Irish banks to emulate’ (Nyberg, 2011 : ii). All of this appeared benign to the Central Bank and the Financial Regulator, institutions which had been restructured in the