production to another took place through a process Marx described as a dialectic. Each mode of production contained within it contradictions which would create conflict between social classes and cause its downfall. Consequently each successive stage of human history contained both a dominant class, and one that would overthrow it. In capitalist society Marx anticipated that the proletariat, or working class, would eventually overthrow the bourgeoisie, and initiate another system of productive relations, a fourth epoch of socialism. His grand, overarching evolutionary

classes. This view of history as class struggle (rather than as, for instance, a succession of dynasties, or as a gradual progress towards the attainment of national identity and sovereignty) regards it as ‘motored’ by the competition for economic, social, and political advantage. The exploitation of one social class by another is seen especially in modern industrial capitalism, particularly in its unrestricted nineteenth-century form. The result of this exploitation is alienation , which is the state that comes about when the worker is ‘de-skilled’ and made to perform

On the retreat from collective concepts in sociology
Abstract only
Peter J. Martin

, it may be argued that Durkheim’s abiding theoretical commitment was the production of a critique of individualistic thought (Lukes, 1975: 13, 22) in the course of which he developed his conception of sociology. Many other examples – such as the Marxian claim that the real historical actors were social classes rather than individuals – could be given to document the point that many of the roots of modern sociological thought lie in the critique of Enlightenment individualism. As Williams has put it: Many of those who have written on the origins of

) held up the promise of globalising processes. From this perspective, intensified cross-border interactions and resource flows would as a corollary lessen the importance of nation-states. Some even said the nation would be no more. In its place, there was a focus on ways of enlarging the scope and capacity of supra-national institutions. Neoliberalisation expressed itself in other parallel ways. Social class but also gender and race seemed to be losing their importance as definitional categories. Old prejudices, which for some had been the building blocks or order

Excerpts from Divisions of Labour, chapters 8 and 9
Abstract only
Graham Crow and Jaimie Ellis 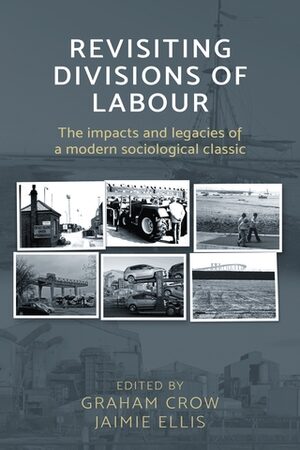 Bourdieu's ( 1984 ). I opt for an older and less well-known formulation posited by Blau ( 1974, 1977 ) and developed by McPherson ( 2004 ) and Mark ( 1998, 2003 ). Blau's version has two advantages over Bourdieu's. First, what social space adds to our discussion is a consideration of social inequalities and divisions, but in Bourdieu's version this is restricted to social class or, more specifically, the distributions of economic and cultural ‘capital’ 1 which Bourdieu believes class to be founded upon, ignoring divisions centred upon race, gender, sexuality

Source: Office for National Statistics. Social mobility and education The most effective means of moving ‘up’ in social class is through education, especially higher education. However, it is also true that education reflects social class: children from ‘lower’ social categories tend to do less well than those from higher strata, as Figure 4.1 illustrates. Private education Some 7% of children are educated privately in schools which are expensively equipped and staffed and so are able to offer generally good GCSE and A level results (see Box 4.1 , p. 26

’ experience. The voices heard in this book are from Chinese people from across the country, from across social classes and backgrounds. Of course, the views expressed cannot be taken as representative of all; they are anecdotes, views and opinions which may be shared by many or by a few, but they are voices of real people who call China home. They have witnessed perhaps the most extraordinary transformation of any country in modern time. It is through these views that we attempt to illustrate in this short book how political decisions and polices actually impact upon people

new and emerging social class divisions. This sensibility was amply evident in his work in the 1960s, where he showed a pioneering interest in the new suburban middle classes and in the phenomenon of ‘spiralist’ managers who moved geographically in the context of the internal labour markets of their company. This fascination with emerging class divisions put Pahl very much alongside other sociologists of his generation. However, and in keeping with my remarks above, Pahl refused the theoretical and methodological purisms which came to dominate class analysis and

described in terms of ‘macro’ structures. But what we are suggesting is that, for example, the ‘class structure’ must be conceived as the outcome of stratifying processes and practices, many of which – like the grading of students’ work or the awarding of educational credentials – may appear to be routine and mundane. Thus interactionist sociologists have investigated the processes through which social class differences in educational attainment are produced (Dennis and Martin, 2005: 201–203). Other studies have, for example, investigated the formal procedures through