philosophers, sociologists, and political scientists publishing in popular books and journals, exposing doctors to outside perspectives on accountability and ‘quality’. 45 This was the context within which guidelines emerged. Critiques had been made about the nature, cost, and quality of medical practice from within medicine and without. A small minority of doctors and academics tried to address their concerns through novel methods for some time, but external pressure from patients and political bodies accelerated the process and informed responses 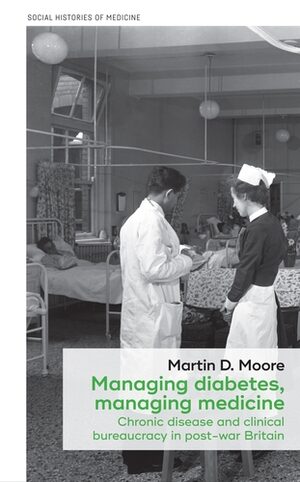 ’s death in 1939, the Anglo-American poet W. H. Auden wrote of him having created ‘a whole climate of opinion under [which] we conduct our different lives’. 1 In France, however, the psychoanalytic movement was still in its relative infancy. In 1914, by which time psychoanalytic associations existed in Budapest, London, Berlin, Munich, Zurich and New York – but not Paris – Freud wrote that ‘among European countries France has hitherto shown itself the least disposed to welcome psycho-analysis’. 2 French

children to become continent in their own time. But if they left it too late, Dolto might equally accuse them of enclosing the child in a ‘fusional relationship’, with all the dark consequences that that was supposed to entail. Dolto’s insistence on perilous infant determinism in this domain diverged substantially from other psychoanalytically informed parenting advisors; Benjamin Spock, for example, predicted no comparable terrors for children toilet trained before age two, and ‘found that waiting for the child to take the

daughters, fell onto her. In 1913, Henry, Suzanne and their children moved to a ten-room apartment in a new building at 2 rue Colonel Bonnet, Passy, in the sixteenth arrondissement of Paris. The large fifth-floor apartment offered views of Sacré-Coeur and the Seine. 8 Passy was a wealthy neighbourhood. Its newer buildings, unlike most in the city at the time, had electric lighting, central heating, lifts and hot running water. Above the Marettes lived the CEO of a clothing company with a store on Avenue de l’Opéra; the flat

Initiating Mother , 1928) argued that, rather than focus on control, repression and punishment, mothers should encourage children’s curiosity, and answer their questions (including sexual ones) frankly. 11 At the same time, Vérine believed that the French family had become debased – and that this helped explain France’s geopolitical woes. In 1940, Vérine and other EdP leaders enthusiastically signed up to the National Revolution. Vérine was the only woman to write a section of the Vichy manifesto France 1941: La Révolution

book written by the woman she was writing to – Françoise Dolto – the nurse was no longer in despair. Reading the book, ‘it was as if for the first time, after so many years, someone finally truly spoke to me … To know that you are there, and that you understand so many things, filled me with new hope’, she wrote. ‘I now cling to you with all my strength.’ 1 The nurse was not the only person to feel this way. From the 1970s until the end of the twentieth century and arguably beyond, Dolto was an important figure in the French

travail obligatoire – STO) in Germany. Some 75,000 French-resident Jews were murdered in the Holocaust; thousands more spent time in concentration camps or in hiding. The postwar recovery was initially slow to filter through to households, with hardships and cold winters persisting into the later 1940s. Against this backdrop, the Communist Party, imbued with the moral authority of the Resistance, became a major political force. The war meanwhile disrupted France’s institutions, including all of those with significance for Dolto

Baltimore, produced a 1943–44 definition of ‘early infantile autism’ as a rare, monolithic condition characterised by ‘a will to self-isolation’ and an ‘anxiously obsessive desire for the maintenance of sameness’. 13 He highlighted the ‘affective’ and emotional aspects of autism, rather than seeing it as primarily an intellectual defect, but his main contribution was probably the set of clear case studies that he published, and his work was not accepted as definitive at the time. 14 Kanner, already prominent as the author of a

their families. Her emphasis on treating children with the same respect as adults, and on taking care to explain important events to them in terms that they can make sense of, are rightly celebrated. Separating these valuable aspects of her work from her time-bound prejudices on gender roles, fusional mothers, race and homosexuality is, however, not straightforward. There are no simple dividing lines that can be drawn – yet it is necessary to delineate them if Dolto is to be retained in today’s literature of child